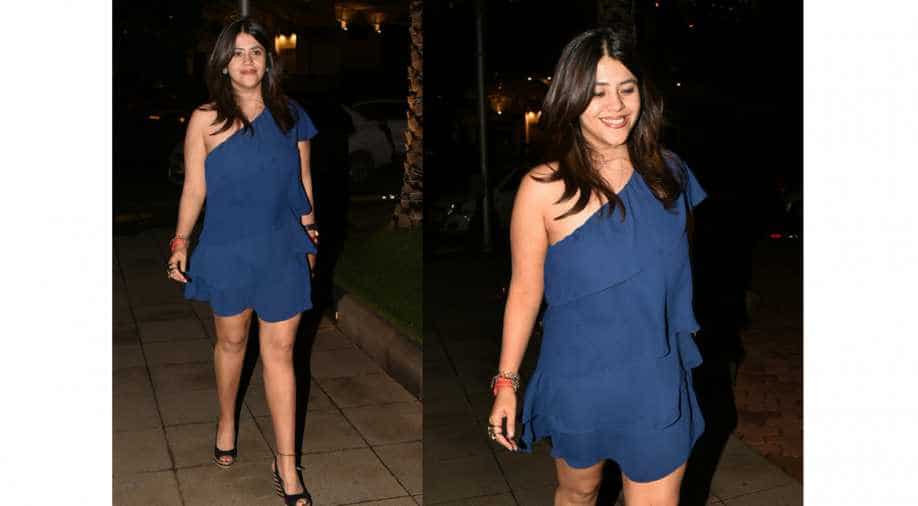 The stalker used to wait for her outside her gym despite being warned not to by the police.

A 32-year-old man was arrested on Monday in Mumbai for allegedly stalking TV and film producer Ekta Kapoor.

The identified man was allegedly stalking her since the past few months. He used to wait for her outside her gym despite being warned not to by the police.

According to a Hindustan Times report, the Mumbai police found a man identified as Sudhir Rajender Singh following Kapoor on more than 30 occasions. He was spotted outside her gym and Juhu temple that she visits often.

Sudhir apparently wanted to befriend Kapoor and get a job at her firm, according to the police.

Kapoor filed a complaint after she got uncomfortable with so many sightings after which the police took action. A police officer in the report stated, "We received a complaint saying Kapoor had repeatedly tried to ignore the man, but he kept following her across the city. The most recent instance took place a few days ago when Kapoor had gone to a temple in Juhu. Singh followed her and tried to approach her, but was stopped by Kapoor’s security guards.”

He further said, "We used technical surveillance to track him down to Veera Desai Road. During interrogation, we found out the number of times he had followed her."