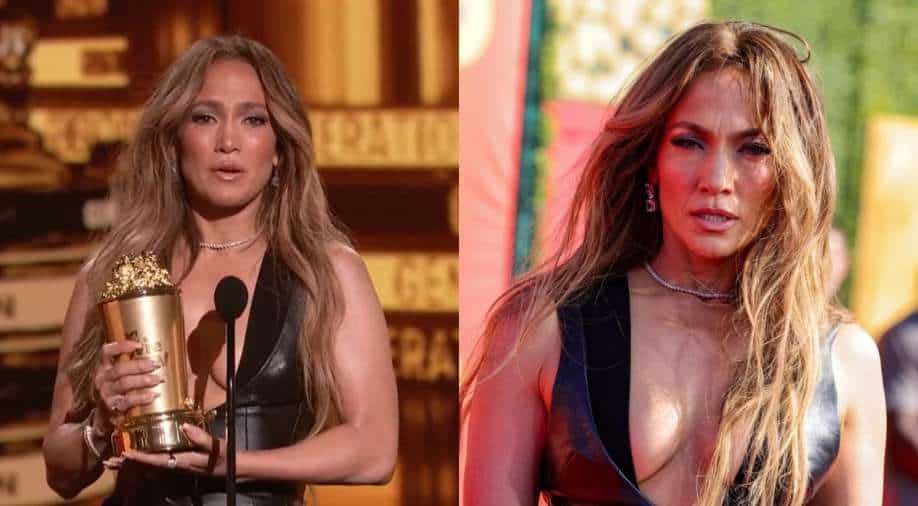 While receiving the Generation Award at the 2022 MTV Movie & TV Awards on Sunday, Jennifer Lopez got emotional and broke into tears.

From giving a spectacular performance in 'The Wedding Planner' to winning people's hearts in 'Maid in Manhattan' and the recent film 'Marry Me', Jennifer Lopez never fails to create magic on the silver screen. And, the 2022 MTV Movie & TV Awards are honoring the diva by awarding her the prestigious Generation Award.

While accepting the golden popcorn trophy at Los Angeles' Barker Hangar, Lopez listed the people she wishes to thank. However, the list wasn't what you would have expected it to be.

She further added, "The ones who were true, and the ones who lied to me."

The star then went on to thank "disappointment and failure" that taught her to be strong. And, while thanking her children, 14-year-old twins Max and Emme, she teared up. Seeing the diva get emotional, the crowd cheered.

Amid cheers, she further continued, "I want to thank all the people who told me, to my face — or, when I wasn't in the room — that I couldn't do this. I really don't think I could've done it without you. And I know I couldn't have done it without the fans who saw the movies."