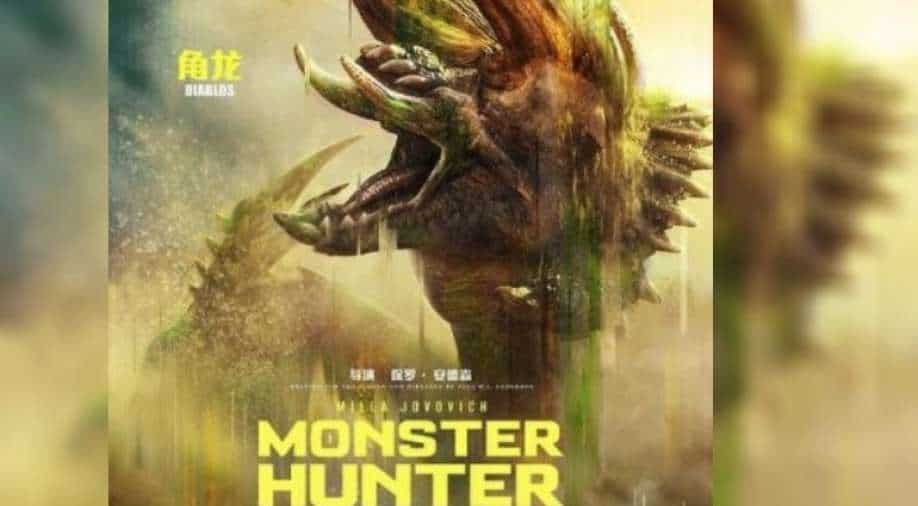 ‘Monster Hunter’ is not meant to be hunted, but to be forgotten under the pile of new watches and re-watches. Forgettable if not a tedious, lengthy watch.

Some things are inexplicable - the mystery of the Coronavirus pandemic and the appearance of Milla Jovovich in a live-action demo of a video game, some people call a film. Director Paul W.S. Anderson has maintained his consistency of making another soulless, if not done to death boring, an adaptation of yet another video game - Monster Hunter.

If you are wonder where have you heard the name of the film before (if you are not a video-game junkie), the film is the same that got banned in China a while back after a major 'racial-joke' controversy. The director and stars of the Milla Jovovich and Jin Au-Yeung (a.k.a. MC Jin) issued apologies regarding the controversy

Theaters in the country pulled the release in light of one particular line of dialogue. Au-Yeung's character riffs to a fellow soldier in the film, "Look at my knees. What kind of knees are these? Chi-nese.". Read more about it here.

Moving on, screaming mediocre and dated filmography Monster Hunter walks a thin line between blah-dome and boredom. The film is not unwatchable per se, considering it is Anderson’s nearly 13th attempt into the video-game-turned- film adaptation, the man knows his aesthetic, but alas, not his audience. Now people who have grown watching Resident Evil and its mind-numbing one after the other sequel would agree that certain things need to let-go off in this age and stage and a CGI heavy, no story adaptation is among them.

Monster Hunter is based on the 16-year-old video game franchise of the same name from Capcom. Shot two years ago in South Africa and starring Anderson’s wife and frequent creative partner, Milla Jovovich, it’s a 93-minute demo of many monster games (one most tend to skip before playing) mashed together into a tedious action fantasy.

The film talks about another dimension where Jovovich’s Captain Artemis and her military team on a “joint security operation” end up entering, filled with gigantic monsters. After a meaningless fight for survival, Artemis is rescued by the Hunter (Tony Jaa). After distrusting each other for a few minutes they decide to be friends and head across the desert to fight more monsters.

That’s all. That’s what the film is about. Shooting monsters. With a storyline as thin and fragile as paper, the disinterest while watching the film is real. You want to invest yourself into the myth and history of the occurrence, but the scope diminishes as quickly as your attention span. As a fan, Anderson might have been able to do a service to the video-game fraternity but with shoddy execution, no plot, and jumpy editing, the film viewers are left with nothing.

The entire investment is meant for game fans and game fans only. In a time when theaters are hoping for a revival amid the pandemic, shoving a CGI heavy, soulless action fantasy into the face of the fans isn’t a very wise move. Maybe it is meant for streaming services. To appear and be lost in the plethora of better releases with some story or binge-interest.

‘Monster Hunter’ is not meant to be hunted, but to be forgotten under the pile of new watches and re-watches. Forgettable if not a tedious, lengthy watch.