'Mimi' first look out: Kriti Sanon to lead this film on surrogacy 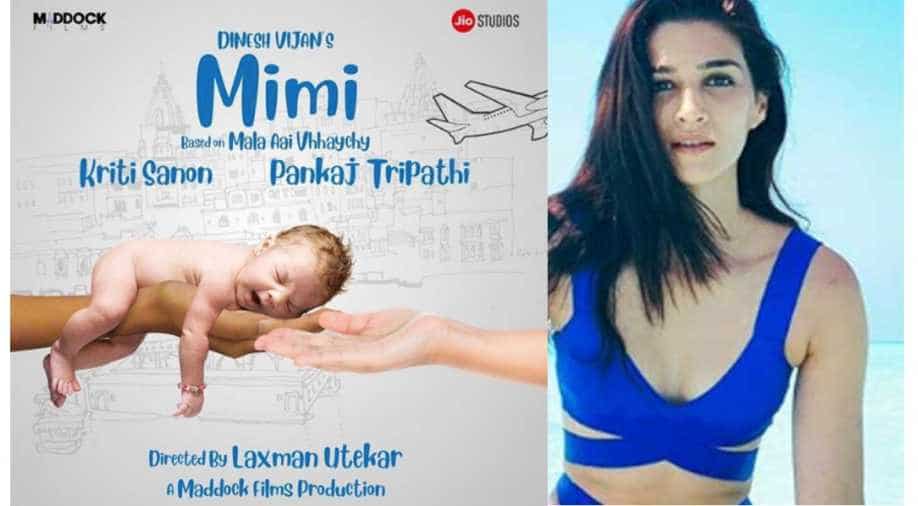 The film is based on Marathi film ‘Mala Aai Vhhaychy’.

Kriti Sanon will now be seen in a film that is based on the topic of surrogacy, titled ‘Mimi’.

The makers released the first poster of the film and it looks quite interesting as a newborn can be seen shifting hands as it sleeps soundly. The film is directed by ‘Luka Chuppi’ director Laxman Utekar.

Kriti shared the poster of the film and captioned it: “‘Life is a journey filled with unexpected miracles. Get ready for a journey like never before, #Mimi !! This one’s gonna be so special.. 🦋🦋 #DineshVijan @laxman.utekar #PankajTripathi @MaddockFilms @officialjiocinema”

Life is a journey filled with unexpected miracles. Get ready for a journey like never before, #Mimi !! This one’s gonna be so special.. 🦋🦋 #DineshVijan @laxman.utekar #PankajTripathi @MaddockFilms @officialjiocinema

In an interview with a magazine, Kriti earlier spoke of the role and said, “It’s an exciting project with Maddock Films, yet untitled. It’s an entertaining story with its heart in the right place. It’s going to be directed by my Luka Chuppi director, Laxman Utekar. I share a great bond with him. It was an idea initially, which has shaped into a script, better than I expected. Laxman sir has the knack of presenting an emotional subject in an entertaining manner. I like the fact that it’s not preachy at all. It’ll make you think. This will be the first film, which will ride on my shoulders as the protagonist is a girl. It’s challenging. I’m nervous about it.”

She also spoke about playing a mother in the film and said, “It’s an emotion I obviously don’t understand. You cannot understand motherhood unless you become a mother. It’s about a young character and her journey. It’s a new territory for me. I wanted to do something which is relevant, something which is away from me as a person. And this is all of that. I’ll be starting this film towards the end of the year.”

The film is based on Marathi film ‘Mala Aai Vhhaychy’.