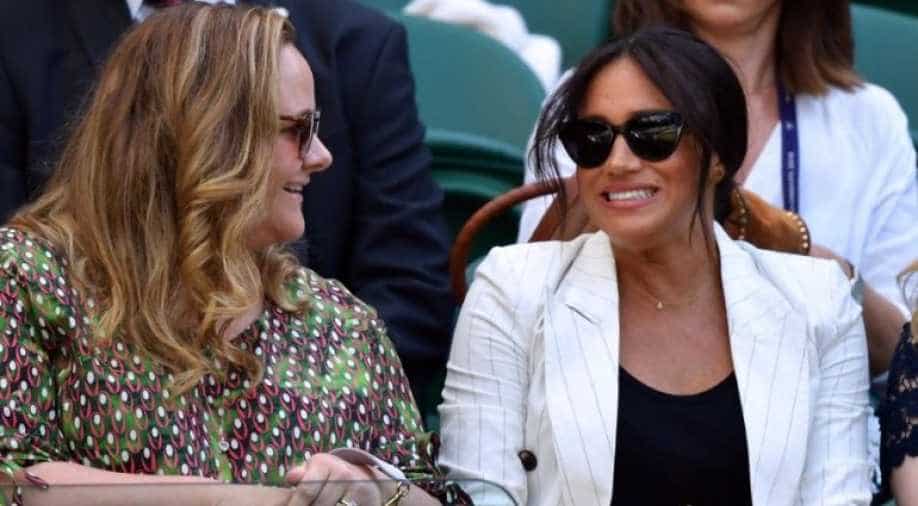 Meghan and her friends were cheering for Serena Williams, who was competing against Kaja Juvan, in Thursday`s match. Photograph:( AFP )

The 37-year-old royal was wearing a black t-shirt, jeans, and a white pinstripe blazer paired with black pumps. However, her best accessory was the very subtle gold necklace with an "A" charm, most likely for her son.

Ever since her son Archie was born May 6, Meghan Markle has limited her public appearnces. So when she stepped out to watch a Wimbledon match and cheer friend Serena Willaims who was playing Slovenia’s Kaja Juvan, the press went crazy clicking the royal.

The Duchess of Sussex was spotted with friends Lyndsay Roth and Genevieve Hillis at the All England Lawn Tennis and Croquet Club on Thursday but she definitely had her baby boy on her mind.

The 37-year-old royal was wearing a black t-shirt, jeans, and a white pinstripe blazer paired with black pumps. However, her best accessory was the very subtle gold necklace with an "A" charm, most likely for her son. 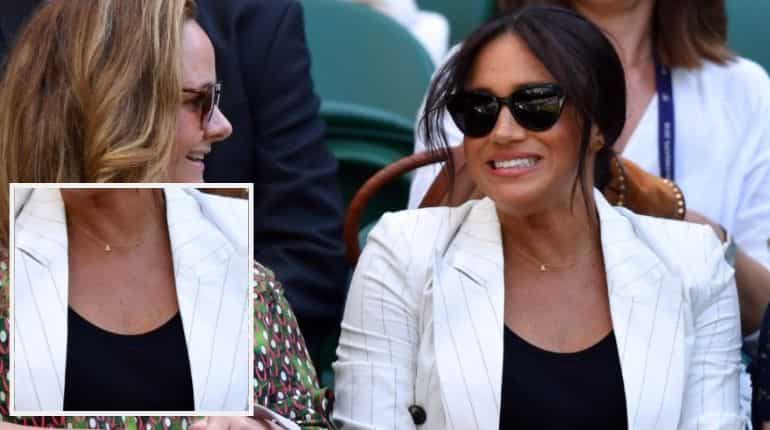 The public appearance was the former `Suits` actor`s third since she and Prince Harry welcomed their son in May. 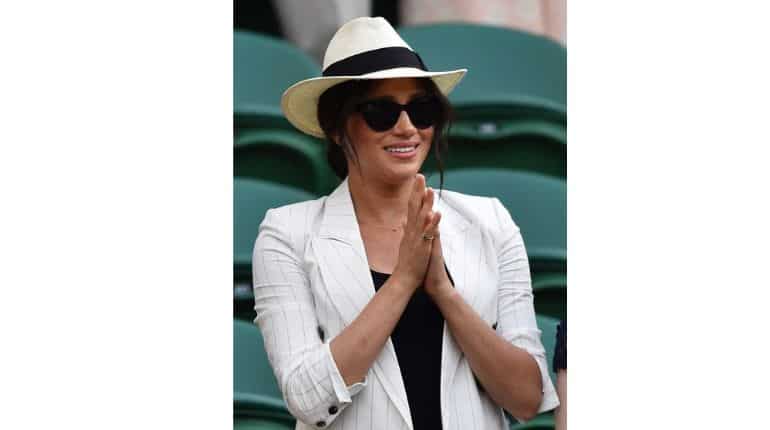 Both Roth and Hillis are in London for Archie`s big weekend ahead. On Saturday (July 6), Archie will be christened in a small private ceremony, done by the Archbishop of Canterbury in the Private Chapel at Windsor Castle, the same location that Meghan and Harry were married and Harry was christened.

When Archie made his debut on May 8, Meghan added, "He has the sweetest temperament. He`s really calm. He`s been the dream, so it`s been a special couple of days. It`s pretty amazing and I have the two best guys in the world, so I`m really happy."

An insider previously told US Weekly that it`s been tough for her to be away from her son. In October, the royal couple is planning an important trip to Africa, with Archie in tow.

"It`s not only where Harry was able to spend time away from the public eye growing up -- and where (Princess) Diana made a difference -- but it`s also where their love grew. Going back there will be so special for them now that they`re a family," an insider recently told US Weekly.Meghan welcomed her son with husband Prince Harry into the world on May 6.