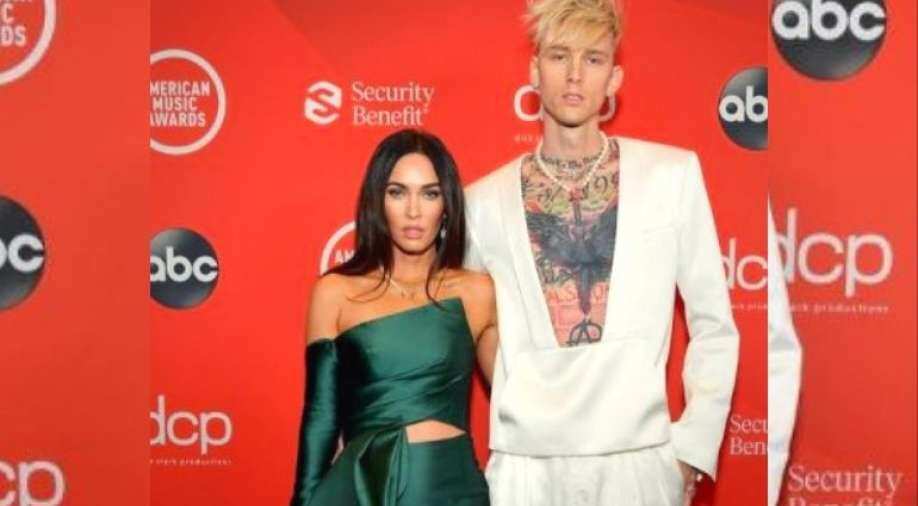 Megan Fox, 34, presented at the American Music Awards 2020 and Machine Gun Kelly, 30, performed with Travis Barker at the awards.

Megan Fox and Machine Gun Kelly made their debut as a couple at the red carpet of 2020 American Music Awards.

The much-in-love couple posed for the shutterbugs before heading into the 2020 American Music Awards.

Fox, 34, presented at the Sunday awards show and Kelly, 30, performed with Travis Barker.

Kelly took to his Instagram to document the iconic milestone in the couple's life. He wrote,"Slept next to a shotgun till she came into my life,".

Fox introduced Kelly's performance, saying, "Once in a lifetime, magic can happen." She added that the world has been under "the spell" of Kelly since his music debut in 2012.

"waited for an eternity to find you again..." Kelly wrote, adding knife and heart emojis.

The couple starred together in Kelly's music video 'Bloody Valentine. Fox has referred to Kelly as her "twin flame."

"I'm shy, man. It's like, before I play her a song, I'll point out everything that is wrong with it," Kelly said. "And then I'll be like, 'Never mind. I'm just not going to play it.' Then she'll have to force me to play it.", Kelly told USA Today in an interview when the couple became the talk of the town.