'Maybe I do have a story to tell': Kal Penn on his memoir 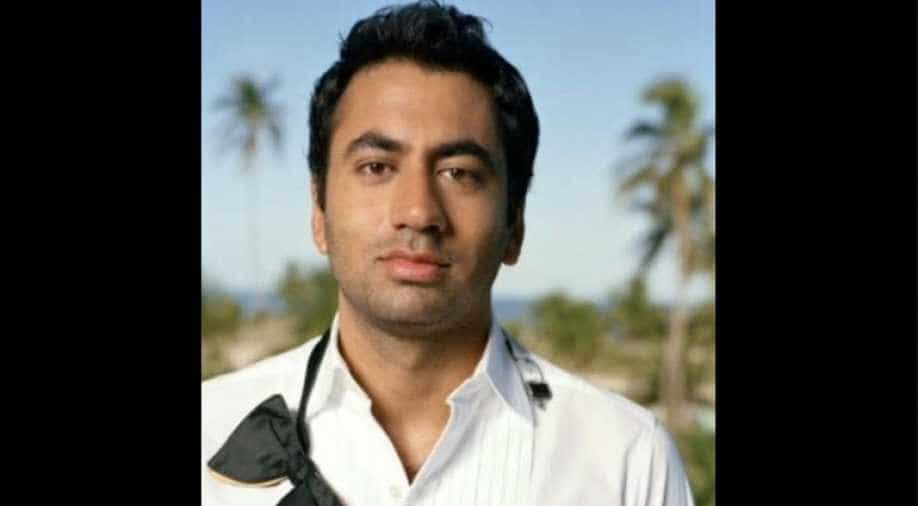 The actor from the movie 'Harold and Kumar' is connected to India! Photograph:( Twitter )

Kal Penn is gay, and engaged to Josh, his partner of 11 years.

Starring in the buddy stoner comedy 'Harold & Kumar Go to White Castle' is good material for a memoir. One might think that serving as a staffer in Barack Obama’s White House is good material for another memoir, by a different person. But the actor Kal Penn writes about both experiences in 'You Can’t Be Serious,' which Gallery Books will publish Tuesday.

The book has attracted early attention for its most personal detail: Penn is gay, and engaged to Josh, his partner of 11 years. Their relationship is conveyed in one chapter that is mostly about their earliest dates, during which they seemed comically mismatched. Penn also writes about growing up in suburban New Jersey and fully catching the acting bug while performing in a middle-school staging of 'The Wiz.'

He is candid about his fight against the entertainment industry’s tendency to cast actors of colour in stereotypical roles. And he recounts the “sabbatical” he took after establishing a Hollywood career to campaign for Obama and then serve in the public engagement arm of his administration. Below, Penn talks about finding the story he wanted to tell, the self-loathing he first felt while writing it and the filmmaker who inspired his career.

Q: When did you first get the idea to write this book?

A: The first idea, which I rejected, came the day I left the White House. My manager called me. I describe him in the book as like every character from the TV show 'Entourage' in one person. Heart of gold but also a lion. And he said, “You need to write a book. I’ll set you up with meetings.” I said, “Dan, what am I going to write a book about?” He said, “There aren’t many actors who have been in politics.” I said, “The governor is literally Arnold Schwarzenegger.” And the reason I took the sabbatical was not to write a book. I don’t like the optics of that and, more importantly, I don’t have a story to tell. Later I thought, maybe I do have a story to tell: I’d love to write a book for the 20-year-old version of me. There was never a book that said, “This is how you navigate the entertainment industry as a young man of color.” And I’ve met a lot of people who were told they’re crazy for having multiple passions. We’re in a society that just doesn’t encourage that kind of thing. So I thought maybe my experiences might make somebody smile or feel a little more connected, and I had a chance to put it together and write it during the pandemic.

Q: What’s the most surprising thing you learned while writing it?

A: There was a point three months into writing it when I felt the kind of self-loathing that I haven’t felt since middle school. I texted a bunch of my writer friends, and they all either said, “Yeah, buddy, welcome to being an author,” or “Why do you think so many of us drink so much Scotch?” Just a sea of those types of responses. Up until that point, I’d written fiction, essentially scripts and characters. It’s very different when you’re creating a character or a plotline: That’s not you, you can take a break from it. With this process, it’s “Oh my God, there’s no escaping my own brain.” I was not prepared for it.

A: I was sure that I wanted to share two stories: one about my parents and their upbringing; and the story of how Josh and I met. He showed up with an 18-pack of Coors and turned my TV from 'SpongeBob' to NASCAR. I thought, “This guy’s leaving here in 40 minutes with 16 beers.” So the fact that we’re together 11 years later is funny because so many people have stories of dates that went awry but now they’re married and have kids. In the book’s outline, there was no ending. I always struggled with that. I thought there was going to have to be some kind of a positive wrap-up, a story of triumph after years of typecasting and racism. And then 'Sunnyside' happened. I sold this show after I had already started writing the book. There’s a chapter I write about how it’s truly my dream show: a big network (NBC), a diverse, patriotic comedy that would hopefully bring people together and make them laugh. And then it slowly unraveled. With everything else in the book, I have the perspective of time. This was still raw. I ended up putting it as the last real chapter because it’s a perfect example of how much has changed and how much has yet to change. We often think of goals as: Everything has now been fixed, so end of story. In reality, everything is a constant mess of back and forth.

Q: What creative person who isn’t a writer has influenced you and your work?

A: I always say Mira Nair, and I would have said this years ago before this book was ever on the table. Her second film, 'Mississippi Masala,' came out when I was in eighth grade. It was the first time I’d seen South Asian characters onscreen that weren’t stereotypes or cartoon characters. They were deeply flawed, deeply interesting humans. They make love, they have financial problems. And that happened around the time 'The Wiz' happened, so she was one of the people who inspired me to pursue a career in the arts. So when I got a chance to work with her on 'The Namesake,' it meant a lot to me. And 'The Namesake,' the novel — Jhumpa Lahiri’s writing was introduced to me by John Cho, from 'Harold & Kumar.' All of those influences intersecting are very meaningful to me.

Q: Persuade someone to read 'You Can’t Be Serious' in 50 words or fewer.

A: If you want to feel like you’re having a beer with somebody who smoked weed with a fake president and served a real one, whose grandparents marched with Gandhi and whose parents certainly didn’t move to America for him to slide off a naked woman’s back in his first film.