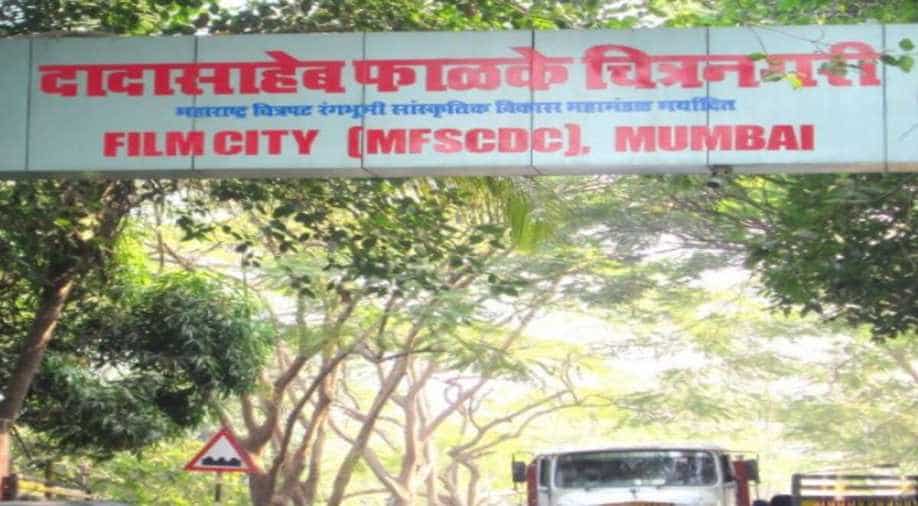 The move follows appeals from the film industry. A delegation of Bollywood bigwigs reportedly had called on Chief Minister Uddhav Thackeray in this regard last week.

The move follows appeals from the film industry. A delegation of Bollywood bigwigs reportedly had called on Chief Minister Uddhav Thackeray in this regard last week.

Shooting for films and other production activities have remained suspended since mid-March in view of the coronavirus pandemic.

Issuing a Government Resolution (GR), the Cultural Affairs Ministry on Sunday said that producers will have to conduct pre-production and post-production works by adhering to the guidelines laid down by the government.

The order stated that social distancing norms will have to be followed strictly with focus on personal hygiene.

"It feels great. It (the industry) was shut for so long, we thought it'd not open by June 15. This is much faster than what we expected. We thank the CM of Maharashtra for doing this wonderful job. He has pleasantly surprised all of us. This industry is Mumbai's pride.

"It will now reach every household and bring smiles, happiness to everyone with fresh content. This was an important decision. It'll bring cheer all across, it's a big relief," Majethia told PTI.

"Would like to express my sincerest gratitude to the honourable @CMOMaharashtra Uddhav Ji, for considering our requests to begin work in a phased out manner by easing restrictions on films and television shooting.

"Special thanks to Adesh Bandekar and Nitin Vaidya for their relentless efforts to help the industry return to work,with new guidelines that still keep an individuals health above all else," she tweeted.

BN Tiwari, president of Federation of Western India Cine Employees (FWICE), said the decision has come at a time when workers were on the verge of losing hope.

"Some had already left for home. This announcement has ignited hope that others will now stay. We are so thankful for this decision. There are several challenges ahead of us. But this was very much needed. This will make the industry come alive," Tiwari told PTI.

Both Majethia and Tiwari said the industry insiders will now schedule meetings with broadcasters, federations and associations to chalk out a plan to restart the shooting.

"The process now will be that whoever wants to shoot should start getting ready to meet the guidelines. It can't be like they shoot today and go back to their place tomorrow because everyday test isn't possible.

"One would have to work carefully now. It's a creative work and naturally you wouldn't want to compromise. But even if one member tests positive for COVID-19, the entire cast and crew will be quarantined. There are several challenges, but the move is welcome," Tiwari said.

Pandit, president of Indian Film and Television Directors' Association (IFTDA), said while he welcomes the decision, the move comes with its own set of challenges.

He said, some of the Government Resolutions, including the mandatory presence of a doctor, nurse and ambulance on every set is not feasible.

"You can do it area wise, which is what we had suggested. On an average, there are 65-70 sets a day in Mumbai. How can you have that many ambulances and doctors there when they are in shortage?" he asked.

The producer said another suggestion from the government that the actors or crew members above the age of 65 shouldn't be allowed on set is unfair.

"There is an age restriction on the set. How can you do that? That way actors like Amitabh Bachchan, Mithun Chakraborty, Anupam Kher, can't work. There are senior technicians of that age. Everyone has the right to work and while we all are concerned about our health, this seems impractical.

According to the Government Resolution, producers will have to apply to managing director of the Maharashtra Film, Theatre, Cultural Development Corporation, the Dadasaheb Phalke Chitranagari in Goregaon, Mumbai, and to district collectors outside Mumbai for resuming shootings.

The applications will be scrutinised, after which the authority shall give the go-ahead for the shooting proposals. They will have to adhere to the coronavirus guidelines issued separately for the purpose.

Earlier in the day, the state government extended the lockdown in containment zones till June 30 and announced easing of restrictions and phase-wise resumption of activities in non-containment regions under the "Mission Begin Again."