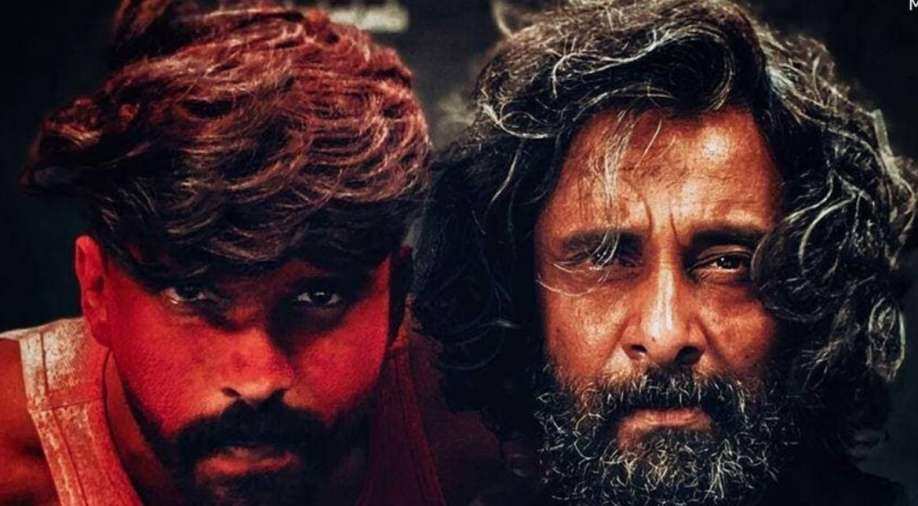 Loyalties are tested, power is wrested and  no one is arrested. And yet we are expected to be invested…For almost three hours.'Mahaan' makes for tedious exhausting viewing. Its moral values are largely attached to the nether regions. The mental faculties of most of the characters seem faulty, what with the hero calling himself Gandhi Mahaan. It’s like  Sunny Deol calling himself  Sunny Dhai Kilo Wallah.

Vikram’s whole family seems pathologically obsessed with the Mahatma. At least that’s what we gather from their fractured conversations. And yet  Mahaan(really, how much self-glorification can we take?) wants to be the biggest booze peddler in Tamil  Nadu, akin to  what Shah Rukh Khan aspired to be for Gujarat in Raees.

Mahaan adds a sheen of intended irony to the boozed-out proceedings by making  Vikram’s characters a liquor lover with a Gandhain chip on his shoulder. His wife Simran(in a thankless monstrously under-written role)  leaves him. So he adopts  Sathya(Bobby Simha) and his son Rocky(Sannath)as his surrogate family.

For almost an hour  of the film the trio goes around boozing, singing dancing,  killing, looting.  threatening politicians in order to get booze licenses under the table. It seems after  Kurup and Pushpa the South has taken charge of propagating scummy heroes.

There is a  politician, Gnanam(Muthukumar) who behaves as if he has gone beyond booze, to a level of substance abuse that no one can defuse. He claps his hands and squeals jeers and cheers like a  monkey on heat. Yes, he is the caricaturish politician whom we can all recognize.

Come to think of it, almost every character in this vicious and violent high-drama is high on unknown substances. Vikram dances to some strange songs, boozes, cries for his family, boozes,  taunts and heckles his political ally, boozes…you get the picture?

The one constant in the erratic archaic and often idiotic drama of one-upmanship is alcohol. Vikram as  Gandhi Mahaan gives a look-at-me narcissistic performance full of brio bombast and  of course booze. His real-life son playing his unruly son is over-the-top Breathlessly trying to keep up with Daddykins, Sunny Boy ends up looking more psychotic than enraged.

The ambience is kinetic. But the payoff is meagre. This is a film filled with anger and resentment. But the storytelling doesn’t justify the amount of sound of fury on display. I am sure it signifies something. Unless we are looking at an emptied-out product with no appetite for sensibleness.