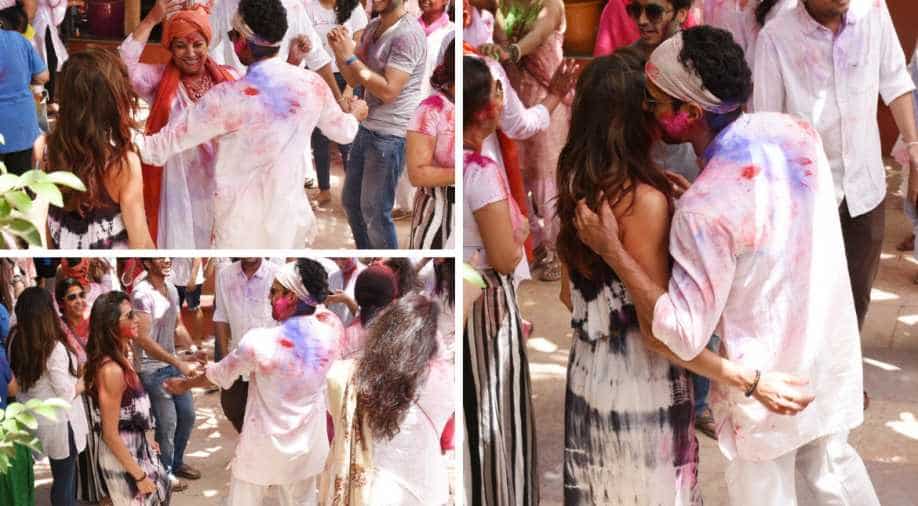 The couple is speculated to tie the knot soon with some rumours suggesting that it could happen this summer too.

Farhan Akhtar and Shibani Dandekar made it official about their dating recently as they both have been spotted together on numerous occasions. From posting about one another to social media pictures of them engrossed in PDA, the two haven't really kept anything hidden from the public eye.

Recently, the two made news when Farhan who was at an interview said that he would soon get married to Shibani. Read about it here.

Meanwhile, as it is Holi today, the two were spotted having a good time together as they celebrated the festival with family in Mumbai. Javed Akhtar and Shabana Azmi threw a grand Holi party for friends and family at their residence. Many Bollywood celebs came in for some good music and dance.

Seen in pictures, Farhan and Shibani look majorly in-love as they dance to Farhan's song 'Senorita' from his film 'Zindagi Milegi Na Dobara'. While the star himself is dressed in simple white kurta pyjama, Shibani is seen in a flowy printed gown with shades on both. They are also seen greeting and dancing with Shabana Azmi. 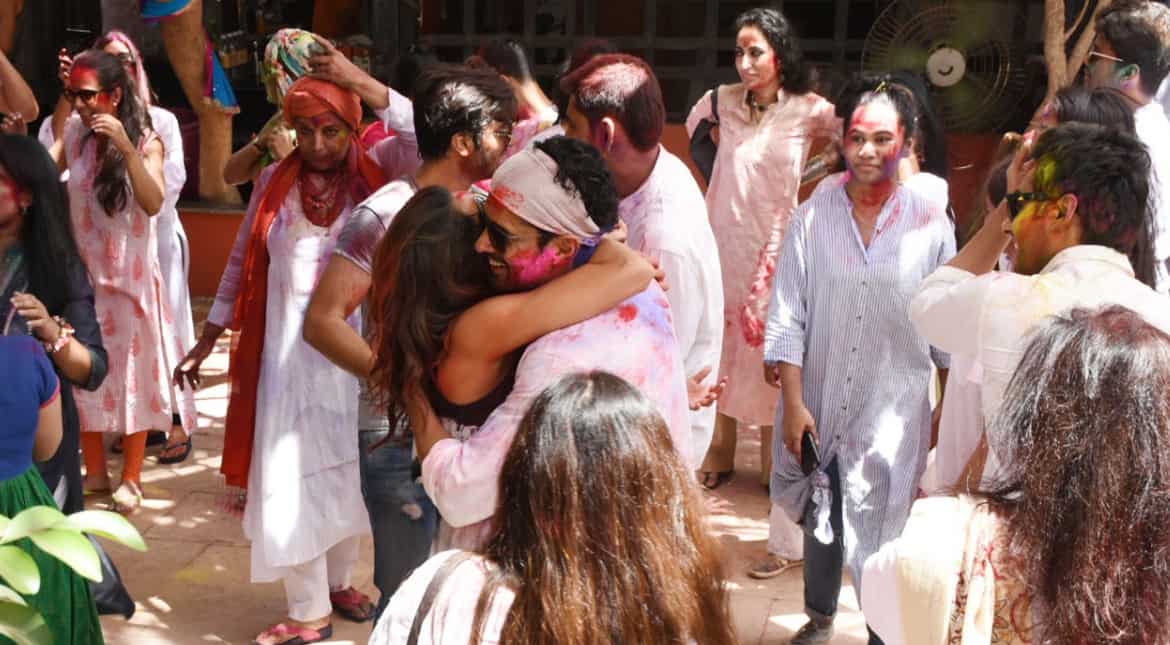 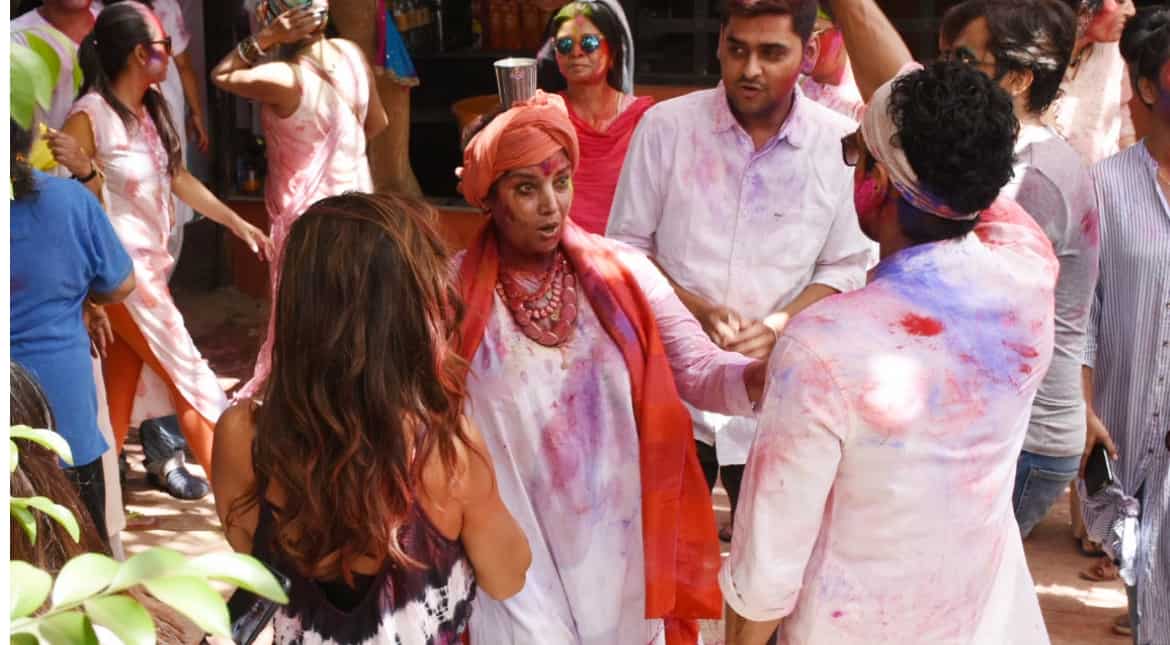 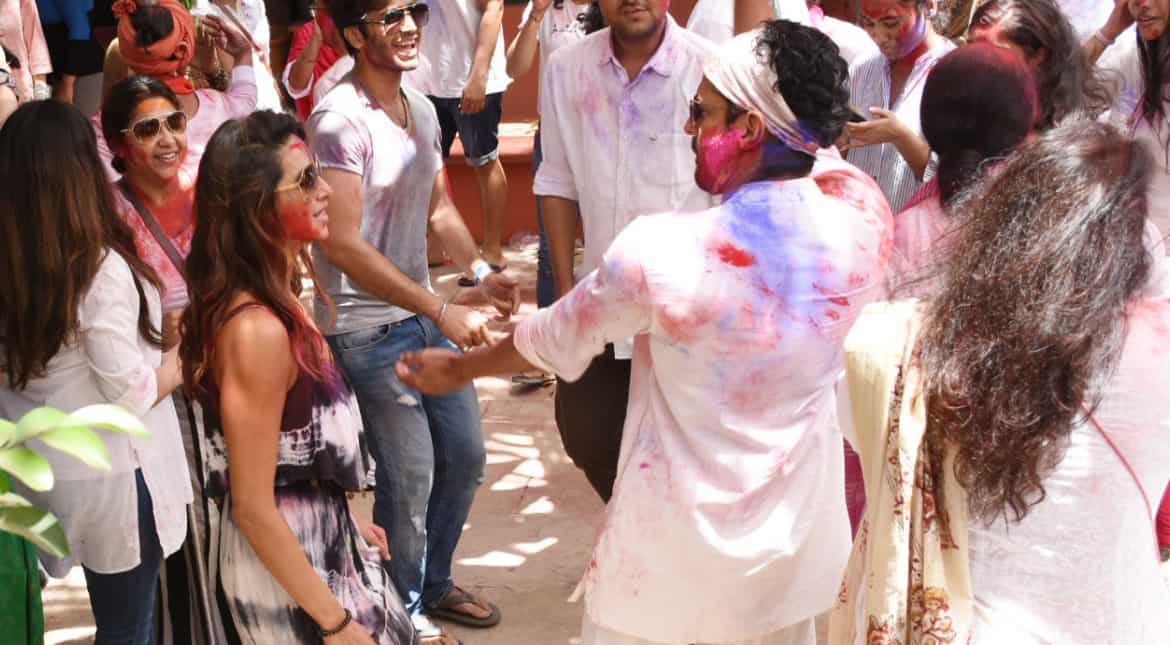 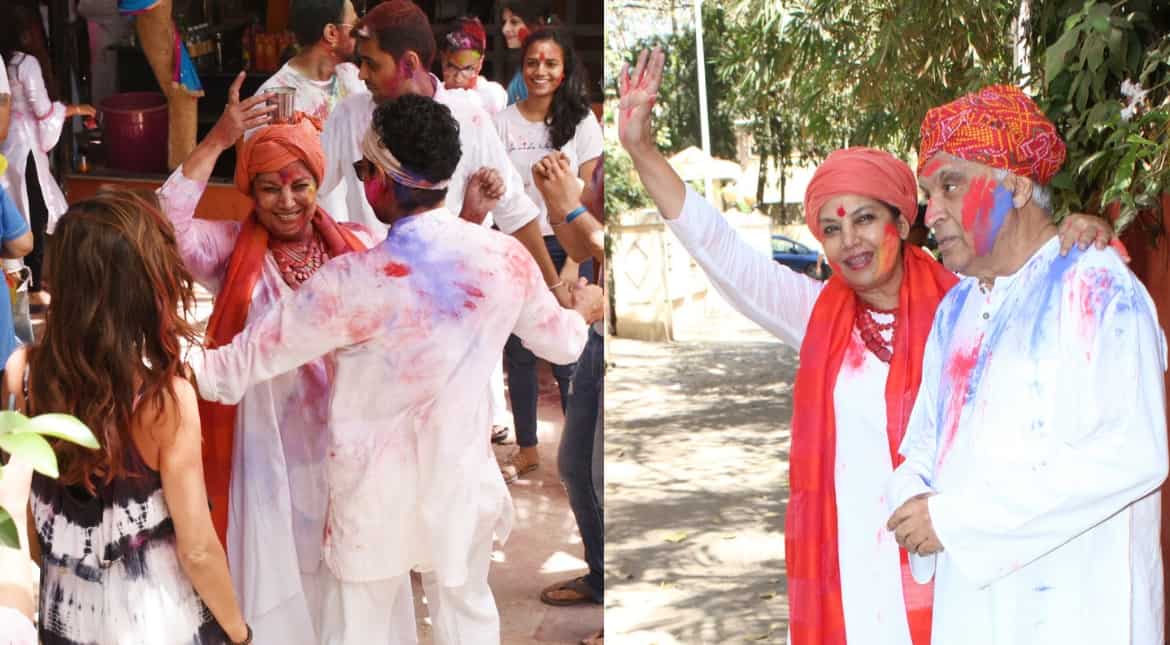