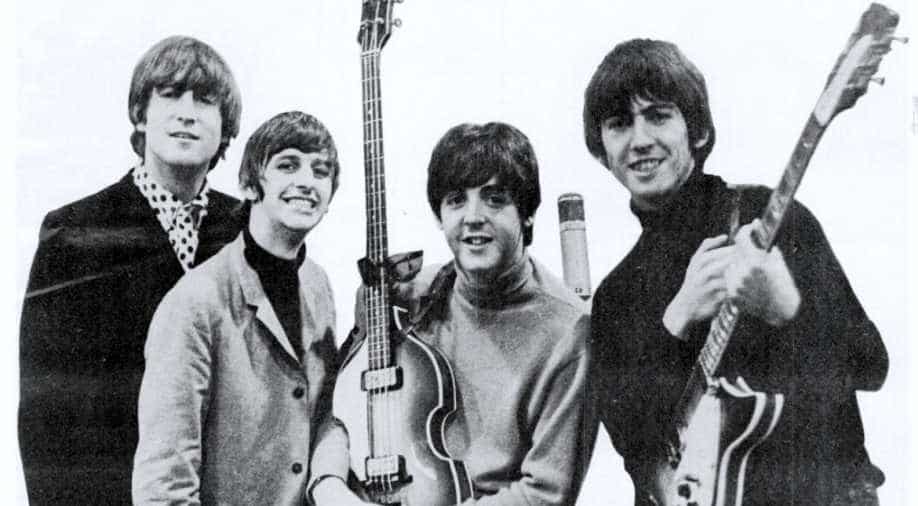 The band feature in around 10 minutes of the footage, which comes on the original 8mm film cassette on which it was shot. (Image source: Wikimedia Commons) Photograph:( Others )

No release date has been set for the film yet.

This might not be the first time we will get to see a film on legendary band Beatles that belted out some great music for generations to sing but there are claims that we will get to see them in a very different light after this releases.

Announced on Wednesday, ‘Lord of the Rings’ director Peter Jackson said that he will make a new film on the band using some 55 hours of footage that was shot in January 1969 and is apparently never-seen-before by the public.

Calling it their farewell documentary titled ‘Let It Be’, the film follows the original movie with the same name, directed by Michael Lindsay- Hogg. The 1970 film came out right after the band broke up and has been long viewed as a chronicle of the band members growing apart.

Peter calls the footage an “amazing historical treasure-trove," and added,"sure, there's moments of drama - but none of the discord this project has long been associated with."

Peter will make another turn to documentaries after his recent ‘They Shall Not Grow Old’, a film on World War I that is brought to life with restored heavily-damaged, grainy footage. Peter transferred all this into 3D and even used expert lip readers to restore lost dialogue.

He is working on ‘Let It Be’ with the cooperation of McCartney, Ringo Starr, and Yoko Ono and Olivia Harrison, the widows of John Lennon and George Harrison. The new project was announced on the 50th anniversary of one of the highlights of ‘Let It Be,’ the Beatles' spirited performance on the roof of Apple Records in London.

No release date has been set as of yet for the film.