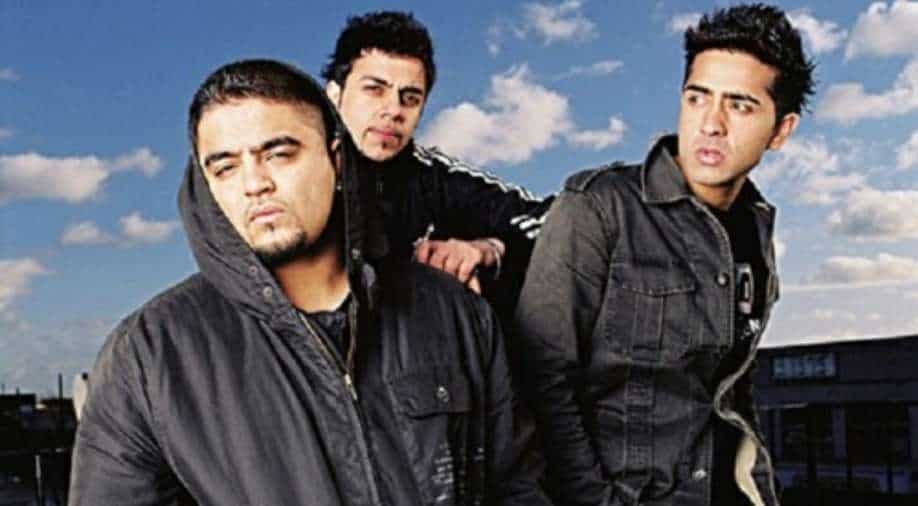 The Rishi Rich Project: How it started for the musician Photograph:( Instagram )

In an exclusive chat with WION, Rishi Rich talks about his association with Netflix’s in-house baddie ‘Bad Boy Billionaires: India’, his penchant for (musical) perfection, and of course, his camaraderie with ‘brother’ Jay Sean.

If the saying ‘Phir bhi dil hai Hindustani’ were a person, British R&B artiste Rishi Rich would be it. With one foot in London and another in Mumbai, this ‘Gully Boy’ collaborator is still navigating the enigma that is India. One rhythm, one blues at a time.

“I have always wanted to infuse my different cultures, something I have done with ‘Gully boy’ and ‘Pal Pal Dil Ke Paas’,” he says from his apartment home in the city of dreams. He assures us that as the founding member of The Rishi Rich Project—that had introduced the idea of desi fusion to many—he may have lost touch with the others who had constituted the crew, but not Jay Sean.

In an exclusive chat with WION, the celebrated musician talks about his association with Netflix’s in-house baddie ‘Bad Boy Billionaires: India’, his penchant for (musical) perfection, and of course, his camaraderie with ‘brother’ Jay Sean.

WION: To put it simply, ‘Zakham’ is Bollywood-meets-Brooklyn. What prompted this British boy to seek inspiration from the streets of Brooklyn? What’s the story?

RR: I’ve always been inspired by hip hop and R&B and obviously, Hindi music. And when I heard the original song from Zakham I just had to sample it. I have a great working relationship with Ishtar Music and they love how I sample music. So it was a no brainer. With Zakham, once the sample was placed and the foundation of the beat made… I just knew that an Indian American Rapper would be the only kind of artist to do it justice and that’s why I called up Rush Toor. Though it took me a little while to get the feel and vibe right, I’m pleased how it’s all come together!

WION: You have created the background music (BGM) for Netflix’s mammoth success ‘Bad Boy Billionaires: India’. In what ways was that experience different from making extended plays (EPs) and even full-length albums?

RR: I think when working on score and title music there is a different approach to working on the music. You have to capture those fleeting moments of emotion, passion, fear… the music has to bring what’s happening on screen to life. It’s a big responsibility! Whereas working on singles and albums is more based around what the artist wants or how I want to sound, so the execution and vision is different I would say. But, Scoring film and BGM is something which is always something I’ve loved doing and I’m working on some exciting new projects for the same.

WION: For someone who has lived in India for a few seconds, you seem to be making (and getting nominated for!) a lot of music here in Bollywood. How do you imbibe your Indian roots into your western way of life and upbringing?

RR: Being in India for the last five years has been such a wonderful creative experience. I’ve always wanted to live here and make music infusing my different cultures which is something I have done with films like Gully boy and Pal Pal Dil ke pass to name a few. Even prior to living in India, I have always tried to pour my culture, my roots into all my music. Even if you hear my doing a hip-hop song, you would still be able to feel the trails of my Indian culture and roots too. It’s a fusion.

WION: In one of my earlier interviews with Jay Sean, I vividly remember him calling you a ‘brother for life’. What are your thoughts on him?

RR: Ahh! We have an amazing relationship. We are brothers and have been through so much together. Our bond goes so much beyond music. So much so that now whenever we talk, we’re always talking about our future plans and what we want to do next. Working on Nakhre with him was so much fun and Jay as an artist never fails to impress me. He’s just a star!

WION: India is experiencing a wave of change in its music scene: underground artists going main stream being a major one. Do you think showbiz changes the musician in a person?

RR: Well I can only talk from personal experience and for me nothing should change you. It’s always about the music. And for me, it will always come down to that. Longevity is the key and remaining true to yourself and who you are, is what will keep you around in the long run!