Tom Hanks, is that you? Netizens question after looking at Queen Elizabeth's viral photo 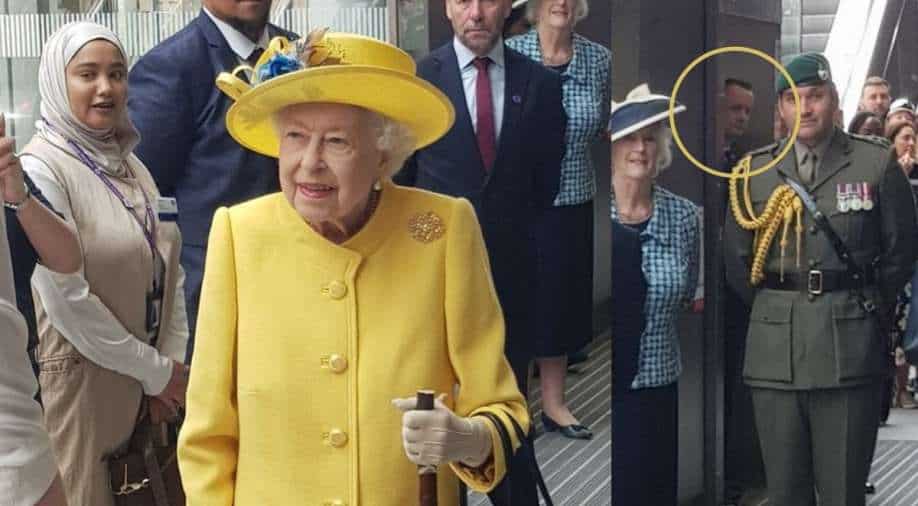 The picture shows royal highness at the inauguration ceremony of an Elizabeth train line in the honour of the Platinum Jubilee in London, UK.

The internet went into a frenzy zone recently when an image of Queen Elizabeth went viral. The picture shows royal highness at the inauguration ceremony of an Elizabeth train line in the honour of the Platinum Jubilee in London, UK.

But it was not Elizabeth who grabbed the netizen's eyes, but the blurry person who was captured in the picture.

The person who is sneaking from the door has an uncanny resemblance to Tom Hanks's iconic character Forest Gump and that's what started the debate.

The photo was posted by Time of London correspondent Valentine Low. The picture shows the monarch in a bright yellow coat, “The Queen, looking good in yellow,” he wrote.

For those, who might be wondering that the man in the picture is Hollywood actor Tom Hanks, so let us tell you that the actor is curruntly in Los Angeles, USA.

However, eagle-eyed netizens had a hilarious reaction to the post with many asking “Tom Hanks is that you.''

Looks like Forrest from a distance but close up no

'Forest Gump' is one of the iconic movies of Tom Hanks' career. The movie earned the star Academy award in the Best Actor category.