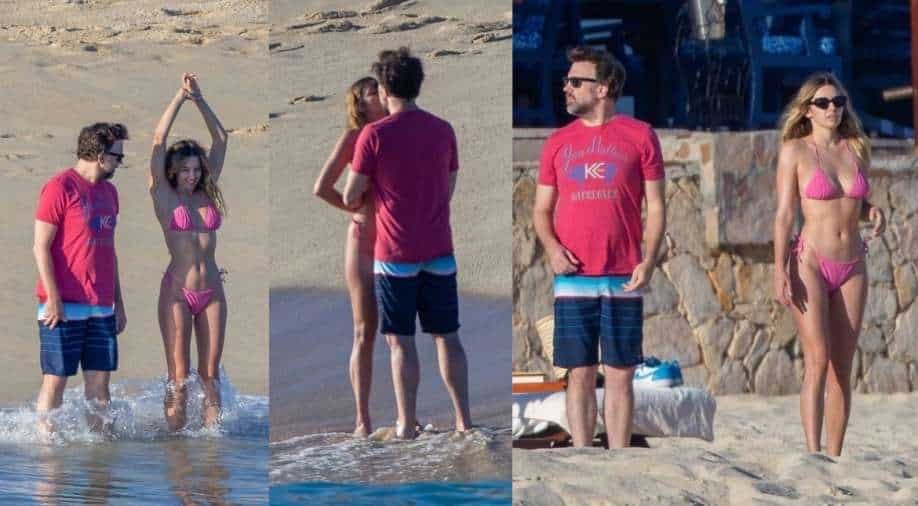 In the viral pictures from their outing, Jason Sudeikis can be seen wrapping his arms around the waist of Keeley Hazell who looked absolutely gorgeous as she looked up at him for a passionate kiss.

Jason Sudeikis and Keeley Hazell are definitely more than just former co-stars, or that's what the reports claim.

On Monday, in Cabos San Lucas, Mexico, the two were spotted and pictured by paparazzi kissing each other and then doing some more of the classic PDA by the beach. Interestingly, the duo has been denying rumours of them dating for months now.

A source was earlier quoted as saying that the actors are just friends after they were seen together on a hike back in September, but the make out session seems to be telling a different story.

In the viral pictures from their outing, Sudeikis can be seen wrapping his arms around the waist of Hazell who looked absolutely gorgeous as she looked up at him for a passionate kiss.

The pair was then seen taking a stroll on the sand.

Sudeikis went for a casual, relaxed look, wearing a simple red T-shirt and blue swim trunks for the beach date. However, Hazell brought in the glamour factor in her skimpy yet cute pink bikini that accentuated her perfectly toned body.

On Wednesday, a source confirmed to a news outlet that the Hollywood stars are “casually seeing each other again.”

“It’s never been a serious thing. They’re just enjoying each other’s company," the insider clarified.
Last November, he and Olivia Wilde called off their seven-year engagement. The former couple has two kids together.

A source was quoted as saying, “When Jason found out about [Olivia] and Harry, Keeley was one of the people whom he turned towards. During this time he was understandably devastated, but she was brilliant and incredibly supportive.”

Also read: Get this: Will Smith had a lot of meaningless sex and puked after orgasm

Interestingly, Hazell and Sudeikis met on the set of the former 'Saturday Night Live' star's 2014 hit movie 'Horrible Bosses 2', in which the model-turned-actor played the role of Chris Pine’s character’s assistant.