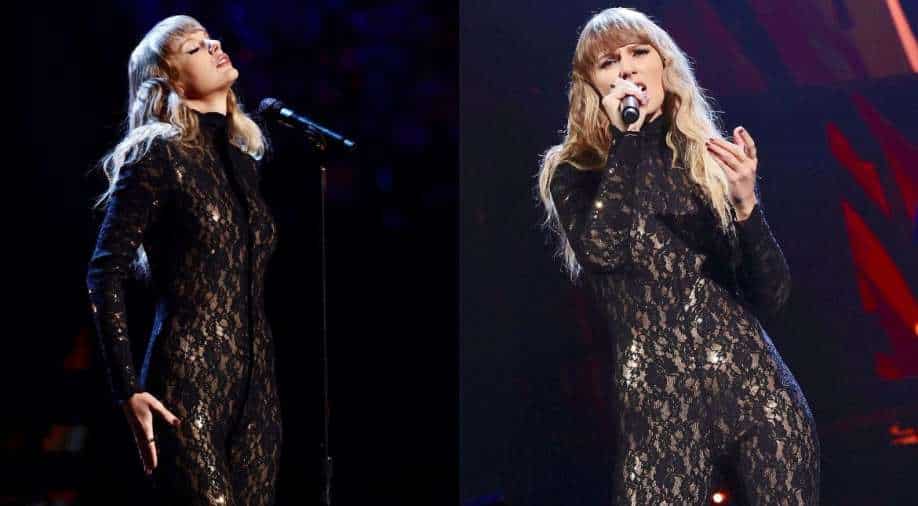 In her induction speech at the 2021 Rock and Roll Hall of Fame ceremony, Taylor Swift said she was raised by parents "who taught me the basic truths of life as they saw it," among them that "Carole King is the greatest songwriter of all time."

At Carole King's induction ceremony to the Roll Hall of Fame, American singer-songwriter Taylor Swift had such really amazing things to say about the inductee. What really stole everyone's hearts, however, is her rendition of King's smash hit 'Will You Love Me Tomorrow'.

The ceremony took place at Rockey Mortgage Fieldhouse on Saturday night in Cleveland.

Swift went on stage in a glittering, all-black attire and sang a an electronic-inclined version of Carole King’s 'Will You Love Me Tomorrow' that topped the music charts in 1960 that King wrote with her first husband, Gerry Goffin. She had also recorded for her own album in 1971.

In her speech, Swift said, "Carole King is the greatest songwriter of all time." And went on to reveal that her father once told her of a woman he was dating and that King’s breakup song 'It’s Too Late' was the song that reminded him of her.

Also read: Dhindora review: One Bhuvan Bam, 10 versions of him... all hilarious!

Swift added that King’s lyrics "speak to the true and honest … It is only right for them to be passed down like precious heirlooms from parents to children."

Taylor Swift later said that she salutes Carole King for "navigating the politics of an era that didn’t make space for a female genius. Slowly but surely Carole King worked to create one, and it will be hers forever."