Super Bowl 2021: All the big commercials with big names that aired on the big night 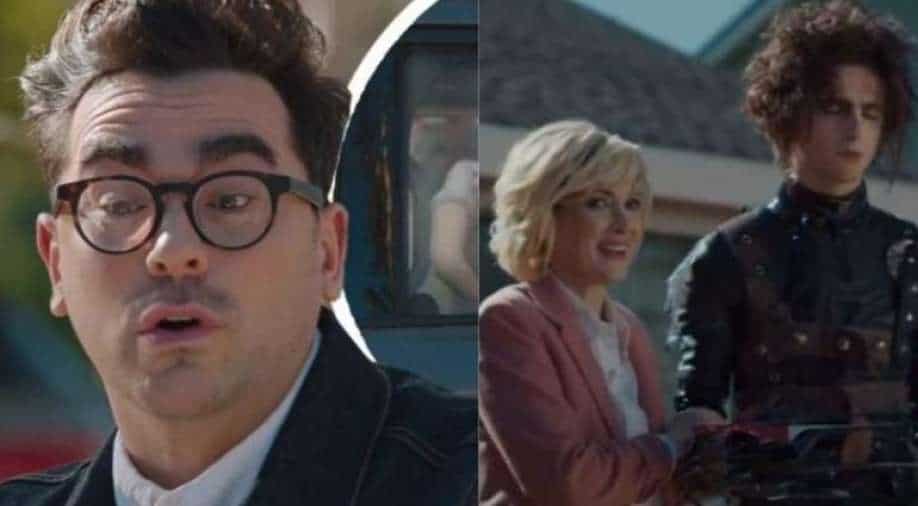 It's Super-Bowl time of the year again. The big sporting event in the US marks an exciting time for the TC and advertisement industry's big players to showcase their best, while the families enjoy the game.

Advertisements catch the attention of the viewers by being hilarious, clever, touching, and downright wild ads for the annual sporting event. As the popularity of the ads has grown over the years, the commercials don't just debut during the big game, either! There are teasers for the commercials, as well as viral and social media campaigns that hype up expectations, which drop long before kick-off ever comes.

Michael B. Jordan becomes the body of 'Alexa'

What if the new Alexa lived inside a robot Michael B. Jordan? The steamy commercial - made to promote the new Alexa design - begins in an office boardroom as some tech designers for Amazon marvel at the device's new round orb shape. "It's just flawless," one exec shares in awe as she smiles down on the sphere. The exec trails off as she looks out the windows of the office building and sees Jordan's face on a movie poster on the side of a bus -- and suddenly drifts off into a fantasy about what it would be like to have an Alexa around the house that looked exactly like People's Sexiest Man Alive.

Dolly Parton's 1980 workplace anthem, '9 to 5,' is reimagined, for a new Super Bowl ad for Squarespace, a website building and e-commerce platform. Parton recreated her classic "9 to 5" but changed the lyrics to "5 to 9." The reworked lyrics refer to the hours when people are able to work on their side hustles aside from their day jobs. "Working 5 to 9, you've got passion and a vision," Parton sings. "Gonna change your life, do something that gives it meaning."

Dan Levy has a unique way to apologise

Three decades after Tim Burton's iconic fantasy romance film Edward Scissorhands hit theaters, Winona Ryder returns as her character, Kim, in a new Super Bowl ad for the Cadillac LYRIQ, set in the movie's candy-colored world. This time she's telling the story of another boy who has scissors for hands: Edward's son, Edgar, played by Timothée Chalamet. Like his father, Edgar's sharp metal appendages make him unique and special, but also an outcast -- that is, until, Kim buys him a car that he doesn't need hands to drive

This year, in a seemingly unprecedented move, Pepsi and Coca-Cola have both decided not to buy ad time during the Super Bowl, according to press statements released by the companies -- citing the pandemic and social upheaval as incentives to "ensure we are investing in the right resources during these unprecedented times," according to Coke. However, Pepsi has decided to instead focus all promotional efforts on the flagship branded half time show. This was the first teaser, titled "Get Ready," that celebrated the undeniable megahit single "Blinding Lights" by the event's headliner, The Weeknd.

Doritos is tapping some real star power for whatever bizarre ad campaign is coming up at the Big Game. One ad stars Jimmy Kimmel and Mindy Kaling on the set of Jimmy Kimmel Live (although it's an in-person interview that looks like it's from the pre-COVID days) and the two are talking about an unnamed guest with a "new look," along with the teasy tag #FLATMATTHEW.

The second teaser, which is even stranger, shows some kids playing in their front yard with their mom, as they look on in wonder as a dog runs by and one kid asks, "Mom, why is that dog flying a kite?" Then the other kid asks, "And why does that kite look like Matthew McConaughey?" So, it seems that Doritos will unleash some sort of weird flattened version of the Oscar winner to sell their flavored corn triangles?"

To promote their new product, Cheetos Crunch Pop Mix, the cheesy snack food brand tapped Ashton Kutcher and his real-life wife Mila Kunis for some mysterious ad campaign that they've already teased with two strangely dramatic and ominous teaser commercials. The first -- titled "Evidence," and released online on Jan. 14, is shot like a neo-noir crime drama and features Kutcher coming home and opening a mysterious manila envelope filled with black-and-white long-distance photos of something viewers can't see but clearly disturbs Kutcher. He also pulls out an empty, flattened bag of Cheetos Crunch Pop Mix and whispers in stunned horror, "I knew it."