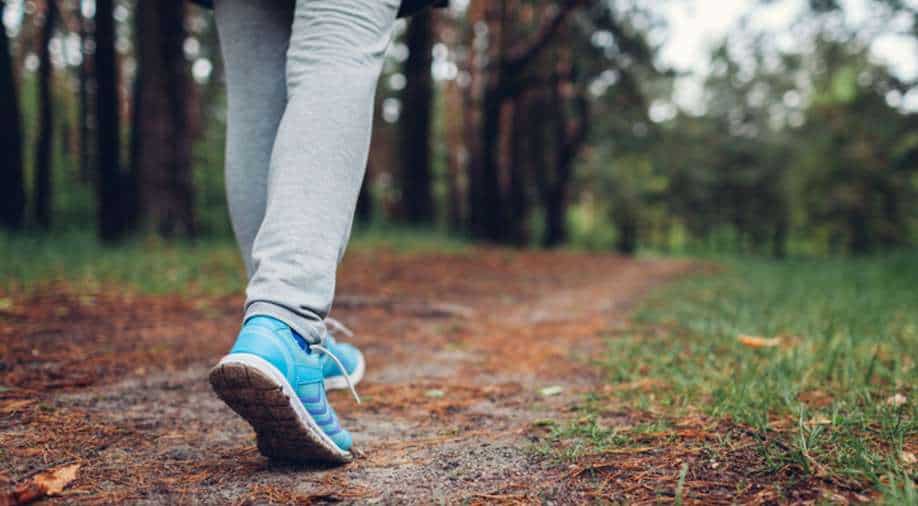 Going to new places helps you improve your mental well-being by experiencing new places, people and cultures and breaking your routine. Photograph:( Twitter )

We remodel our minds when we travel.This is due to the fact that new experiences are necessary for the formation of new neural pathways in the brain.You become more creative and tolerant of new ideas by rewiring your brain.This is why going on a trip makes you joyful.

According to a short study of psychiatric patients published in 2021, variation in everyday motions is connected to higher wellness.

It's been challenging to stay active during a global pandemic, especially when many people are frightened to go outside.

Some people prefer to exercise at home, but in the real world, unplanned outings are vital health considerations that we sometimes overlook.

Most of us connect mental-boosting activities with deliberate and hard activities such as jogging, cycling, or swimming, but it appears that simply visiting a range of different places is linked to a stronger sense of wellbeing among people suffering from depression or anxiety.

Researchers at the University Psychiatric Clinics in Basel, Switzerland, revealed that the more different places people visit, the better they feel about their emotional and psychological well-being—even if their mental health problems remain.

Some were hospital inpatients, while others were outpatients who lived at home but required regular medical attention.

These patients took an extra phone around with them for a week in order to track their travels using GPS.

They also filled out questionnaires about their subjective happiness, psychological flexibility, and mental health problems.

When the authors compared the findings of these surveys to GPS maps, they discovered that more movement in space and time was associated with a stronger sense of wellbeing, even though the symptoms of mental health disorders remained roughly the same.

Outpatients spent roughly a third of their day at home, but they moved much more than inpatients, who spent the majority of their time in the hospital.

Patients with phobias or worries about leaving safe settings had significantly poorer mobility and a smaller activity area, as expected.

Other indicators of mental illness, on the other hand, did not appear to have the same impact on a patient's daily activities.