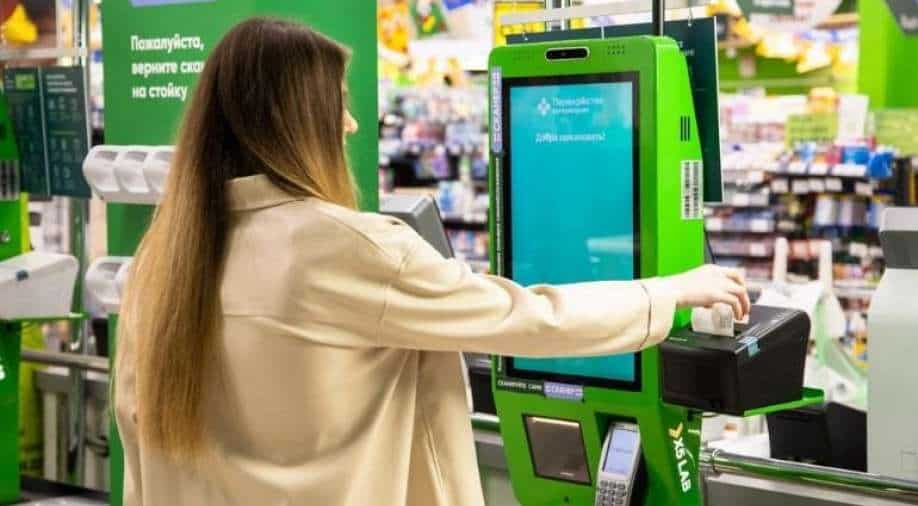 The coronavirus pandemic has had an adverse impact on shopping across the globe.

The restrictions imposed on shopping and safety concerns raised by health authorities during the pandemic has forced several people to embrace e-commerce.

As most of the world emerges from lockdowns, the way we shop is also changing. Post pandemic, most people are consciously avoiding paying through cash.

Customers are making the most of technology and paying digitally through apps.

In Russia, shoppers are increasingly purchasing goods with just a turn of their heads as they embrace facial payment technology. It has been launched in multiple supermarkets and cafes in Moscow, where customers can avail 20 per cent discount on its use.

The new technology is the future of shopping as it does not require even QR codes for payment. Customers simply need to download the app and enter their biometric information.

Earlier this month, it joined forces with Russia's state giant Sberbank to roll out this technology in 52 of its supermarkets inspiring smaller stores to do the same.

According to Mikhail Kucherenkov, head of the X-5 group innovation lab, "There are currently more than 5,500 self-checkouts equipped with the facial recognition module. We're planning a rollout throughout the entire country in the near future. "

How does the technology really work?

Facial recognition is a biometric technology used to identify an individual.

A facial image technique makes it possible to authenticate one's identity or check if an individual is who he or she claims to be.

A person's face is compared to an existing image in a database which in return helps to identify the individual. Every little detail is taken into consideration.

The base of the ears, the distance between the two pupils, the shape of the nose, eyebrows and mouth, even the skin grain.

Originally this method was used to fight crime but now -- it is being used to access bank accounts and social media platforms.

With rising popularity, there are also growing security and privacy concerns.

In countries without personal freedoms, where governments have no limits to the use of technology, facial recognition could be used to spy upon the citizens.

Ultimately facial recognition data gets stored in servers, and as with any other computer system, it is vulnerable to hackers who can use the data to commit identity fraud.

There is a lack of regulation and no consistent legal framework for its use and limits. Nobody knows what businesses adopting facial recognition are doing.