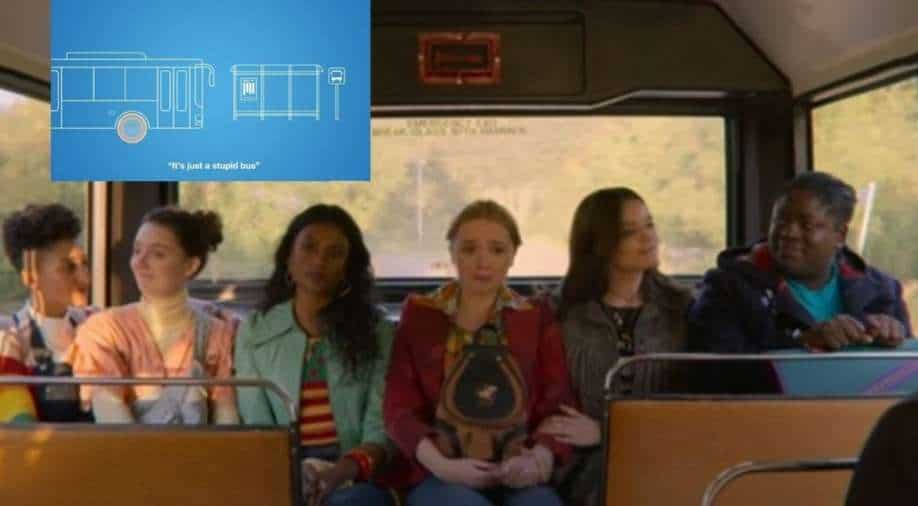 A condom brand faced flak for its "tone-deaf" advertisement that made light of sexual assault in its reference to Netflix's 'Sex Education'. After being trolled on Twitter, the brand has finally taken down the advert.

A condom brand was put in a tight spot after netizens called it out for being insensitive after they used a reference from Netflix’s ‘Sex Education’ ‘bus scene’.

Durex has used the most powerful ‘Bus Scene’ from the series, about a sexual assault survivor overcoming her fear of taking a bus, to sell its product. It has now deleted the advert.

The scene was featured in the seventh episode of Season 2, which shows the character Aimee, played by Lou Wood, grappling with the trauma of a recent sexual assault.

It explores the aftermath of an incident in which Aimee was assaulted on a bus. Post that incident, Aimee keeps reliving the past with the touch of her boyfriend and is terrified of taking a bus. So, she walks to her school instead.

This is the scene:

The bus scene marks the beginning of her healing process as her friends promote confidence in her to take the “stupid bus” and not put too much thought into it.

The condom brand in its advert, referred to the scene -- “It is just a stupid bus” to make sexual innuendos and promote its product. The tyre of the bus was replaced with a condom, the tagline read, “But it is one memorable ride.”

The advert did not go down well with Twitterati as they slammed the brand for not being sensitive enough. Read some of the reactions here:

The bus scene and its aftermath is most of us who have used public transport and faced creepy men. How could the brand get it so wrong. https://t.co/RZ7cwMzV0J

@DurexIndia This. Also, before reclaiming and empowerment came the premise of sexual abuse. You seem to have forgotten that aspect and stuck a picture of your condoms on. I wish this ad was "Invisible". Ugh. https://t.co/uBl74ZtW9v

Ridiculously insensitive, and unintelligent. Fire the team that made & approved this ad, @DurexIndia. Absolutely shameful. https://t.co/ypDZF5pHLL

memorable ride? assault is not memorable it's scarring @DurexIndia DO BETTER https://t.co/R7FDsHNYEg

The "bus scene" in Sex Education is about women supporting each other and helping a friend overcome her fear of the bus because she was sexually assaulted there. I don't think selling condoms using this reference is the brightest idea. pic.twitter.com/4Mu8p9VwGO

ALSO READ: Did Diljit Dosanjh just take a dig at Bollywood when asked about his experience?