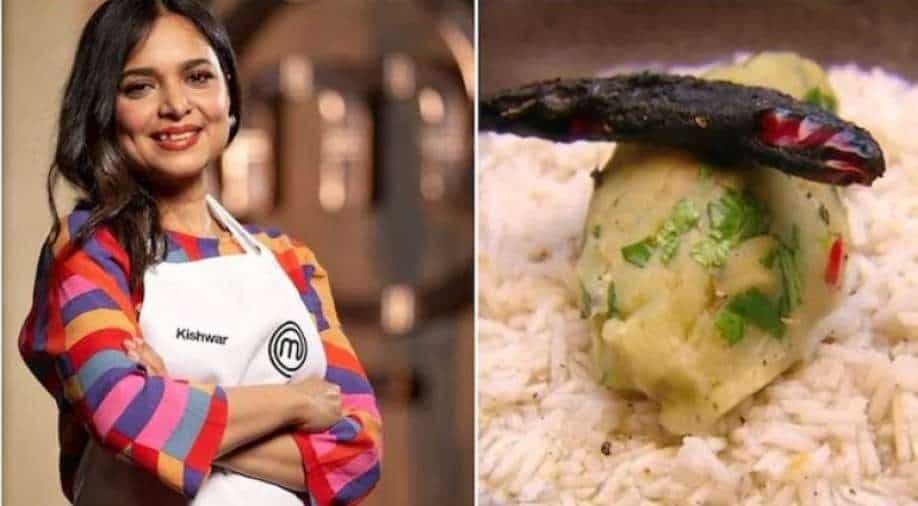 For MasterChef Australia finale, Kishwar Chowdhury presented a Bengali staple as her final dish which is not available in restaurants but common in Bengali homes.

When Kishwar Chowdhury served Smoked Rice Water, Aloo Bhorta and Sardines as her final feast during the finale of highly popular show MasterChef Australia, it got the Bengali population all over the world talking.

Kishwar, an Australian of Bangladeshi descent, has been one of the most popular contestants on the season 13 of Master Chef Australia. The 38-year-old printing business owner has been serving delicious Bengali food to the judges and paying tribute to her Indian-Bangladeshi roots. For the finale, she served one of most popular comfort food of Bengal- both in India and Bangladesh.

Kishwar cooked up the humble Panta Bhaat, which is basically leftover rice soaked in water to the judges and paired it with Aloo Bhorta - which is mashed boiled potato with salt and coriander and smoked Sardines. A staple peasant dish in Bangladesh and India, the humble Panta Bhaat has been the comfort food for households for generations.

While presenting the dish to judges Melissa Leong, Andy Allen and Jock Zonfrillo, Kishwar said, "This the type of food that you wouldn't see in a restaurant anywhere. So, it feels scary but it also feels extremely rewarding to do this as my finale dish."

Andy Allen added, "It's just such a beautiful contrast between the beautiful pillowy patato, the rice, the smoked water, and then that oily fish."

The promo video of the finale episode also got Twitter talking, While many hailed Kishwar for having the courage to present something this simple and a household staple as her finale dish, there were others who were amused at the choice of the dish.

Kishwar’s unapologetic choice to cook peasant food captures the fact that while fine dining may be synonymous with sophistication, it's a humble dish that often radiates the richest history, the cosiest memory & the deepest soul. The best magic lies in the mundane...#MasterChefAU pic.twitter.com/5TpIvAf5KF

It looks so delicious and absolutely worth it of a finale! Good food, go Kishwar! (And Justin and Pete) All magnificent cooks and worth of the big prize.

Not labeling as mashed potato or varta/bharta.

Rather just native Aloo Bhorta. And thats on finale!

Girls, that's courage, brevity that a lot of men might fear to tread with.

Is that alu bhorta(mashed potato)? That's a common food in bangladesh specially when you don't have anything to cook😂

she's clearly done something special to tht peasant food dish with her skills. It clearly seems to taste better than how it would if an average Bengaluru home cook made it. Obviously

It's not just a dish, we call it celebration.
Our celebration is incomplete without
Pantha Baat and Alu Bartha. Much Love
for you @Kishjustathome ❤️ #soproud

Kishwar, in the past, has also presented dishes like the Khichudi (rice and lentil broth), Sweetened paan and Bengali patties. A mother of two, Kishwar has Bengali roots with her father being from Bangladesh and mother from Kolkata, India.

Kishwar though came third in the competition as Justin Narayan, a Fiji-Indian, was declared the winner of 'MasterChef Australia Season 13'.