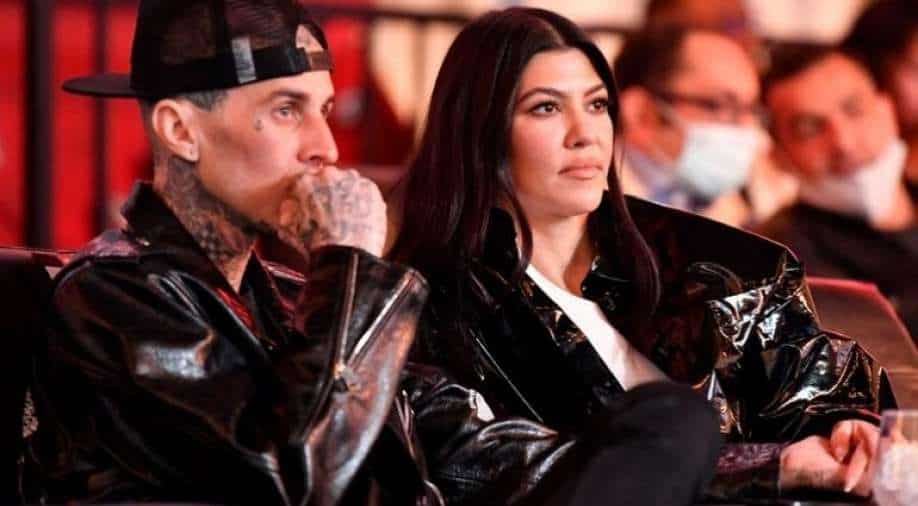 On Monday, Younes Bendjima, who dated Kourtney Kardashian before Travis Barker came into her life, shared a screenshot of DMs he had allegedly received from Disick. However, the authenticity of those texts remain unknown.

On Monday, Bendjima, who dated Kardashian before Barker came into her life, shared a screenshot of DMs he had allegedly received from Disick. However, the authenticity of those texts remain unknown.

Also read: James Bond film 'No Time To Die' to release in India on this date

"Yo is this chick OK!???? Broooo, like what is this? In the middle of Italy," Disick allegedly wrote alongside a photo of Kardashian and Barker packing in some PDA during their Italy holiday.

"Doesn't matter to me as long as she's happy. PS: I ain't your bro. Keep the same energy you had about me publicly, privately," Bendjima replied.

Also read: This is how BTS ARMY in India is celebrating Jungkook's birthday in a grand style

"Couldn't miss this one. He [has] been playing around for too long, tired [sic] to stay quiet and be the nice guy," Bendjima added in a separate update post.

Kardashian's latest love interest Barker has now responded to the PDA-related DMs by liking a fan account's repost of the same.

Barker went on to post a picture of Ray Liotta's character from 'Goodfellas' laughing on his Instagram Story.

John 15:7
If you remain in me and my words
remain in you, you may ask anything you wish, and it will be done for you.

Disick's girlfriend, Amelia Hamlin, sided with her boyfriend by sharing this message on Instagram, "Let's be nicer to each other. We're all trying our best."

In June, Disick expressed support for Kardashian and Barker's romance when he spoke with Andy Cohen for the "Keeping Up With the Kardashians" reunion.

"I think if you really love somebody, right, you want them to be happy no matter what. So I do give her a blessing to be happy," Disick had reportedly said about Kourtney's relationship with Barker.

When the host of the broadcast interview asked Disick this, "It seems like you get really upset when Kourtney is linked to other guys." Disick replied, saying, "No, (I) just want to kill them."