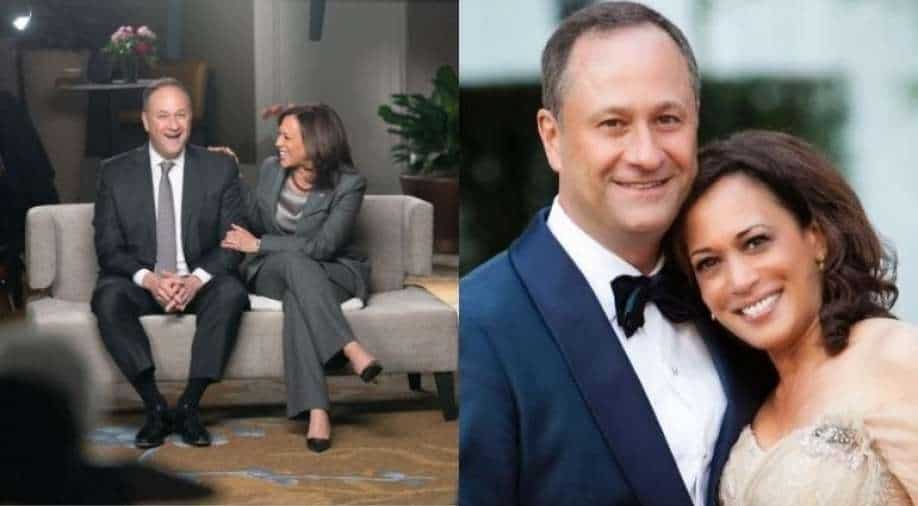 US Vice President-elect Kamala Harris and Douglas Emhoff have been married for nearly 7 years.

US Vice President-elect Kamala Harris and Douglas Emhoff have been married for nearly 7 years. The power couple who first met in 2013 on a blind date recently opened up about their first meeting with Harris admitting that she had googled Emhoff before their date much to his surprise.

The couple appeared in their first joint interview since Harris' win on the show 'Sunday Morning' on CBS where Harris revealed she had looked up the entertainment lawyer prior to their first daughter. "Ooh. This is a reveal," Emhoff responded. The episode was aired on January 17th. A day earlier, Harris shared the clip on her Instagram and wrote, "@DouglasEmhoff and I sat down for our first joint television interview with @CBSSundayMorning—and I even broke some news to him about our very first date."

"We were set up on a blind date in 2013, and it was practically love at first sight,” she shared. "It felt like we had known each other forever. We were married a year later in a ceremony officiated by my sister Maya," Harris recalled.

Kamala Harris revealed that it was her best friend who set them up. “She said, 'Just trust me. Just trust me.' You know, she wanted me to just kind of go into it,” the VP-elect shared through laughter. "She said, 'Don't Google him.' I did!"

Emhoff said he had to work up the courage to send her a text. Post their meet, he gave her a call the next morning. "I left this ridiculous voicemail, which she has saved and plays back to me on our anniversary every year," Emhoff said and admitted that he thought he'd never hear from Harris again. They married just a year later in 2014.

"It was just, it was adorable," Harris said, recalling the voicemail message. "And it was just, I mean, the thing about Doug is that he is exactly who he is. He's just fully authentic and clear about the things he cares about—and it's family, it's his work…" "You," Emhoff added.

As Joe Biden follows then unfollows Chrissy Teigen; check out the Twitter exchange that led to this