Jack Whitehall will do anything to get to the Glastonbury Festival 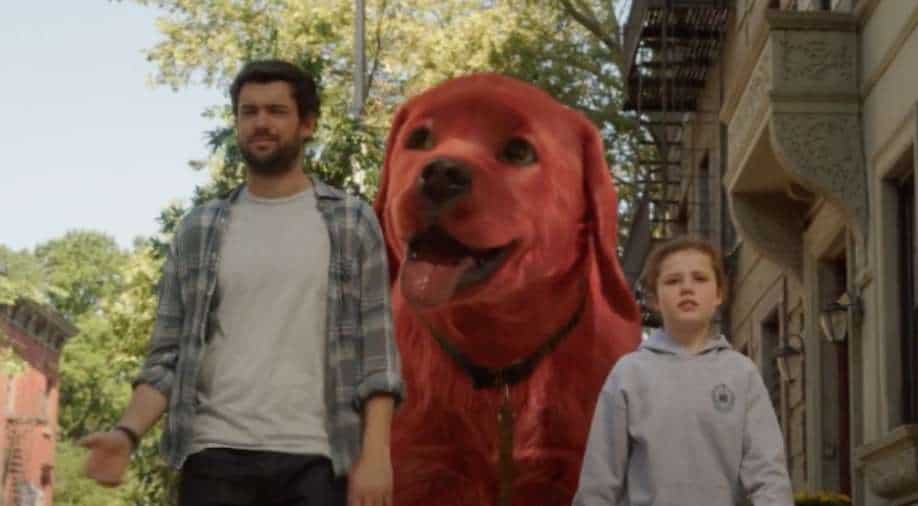 "I have this weird thing where I work out to film scores. When I go to the gym or go for a jog, I find myself slightly tailoring my workouts to the various songs that I’m listening to," said jack Whitehall.

Remember that thing W.C. Fields said about never working with children and animals, lest they steal the show? Jack Whitehall isn’t worried, even if that animal is so massive that its size alone fills up the screen.

In “Clifford the Big Red Dog,” Whitehall plays the irresponsible Uncle Casey of Emily Elizabeth (Darby Camp), a bullied sixth grader who pours her love into a bright red puppy, causing it to grow in proportion to the size of her heart. This meant that Whitehall found himself emoting opposite a 10-foot animatronic canine operated by two puppeteers — sometimes inside the dog, sometimes just holding up its rather disconcertingly dismembered head.

A challenge, sure, but he’d had some experience. Whitehall shot “Clifford” (in theaters and on Paramount+ on Nov. 10) shortly after wrapping Disney’s “Jungle Cruise,” where one of his scene partners was a stunt person on all fours in a spotted leotard standing in for Proxima the jaguar.

“I feel like now I’m probably the go-to guy if you want someone to act opposite a CGI animal,” he said. In a call from London, Whitehall shared the things he enjoys when not wrangling a menagerie — a bespoke suit, a meal at the Wolseley — and why when he’s home, he reminds himself to look up. These are edited excerpts from the conversation.

1. The BBC. The joy and the beauty of the BBC is that it provides this incredible service for so many different people. It has something for everyone. It’s such an incredible institution, and it’s always under attack as well, which makes me even more kind of virulent in my defense of it. And it’s got the best news output of any platform in the world. Especially when I come to America, I realize how much I cherish the ability to have this impartial news.

2. Glastonbury Festival. It’s one of my favorite places on the planet. I think it’s the seminal festival experience, and I love that it doesn’t feel that commercial or cynical. There’s a great charitable element running through it. I will always endeavor, no matter where I am in the world, to get back for Glastonbury. Even when I was filming “Clifford,” I managed to somehow wangle my way into getting onto a flight and going back for three days of Glastonbury, and I was just floating. I was ecstatic before, during and after.
3. Bob Newhart’s The Driving Instructor.” This was a recording that my dad played for me when I was younger. It’s so funny, and it also has an added resonance for me because I can’t drive and have had several driving instructors who I think have been pushed into a similar predicament as Bob Newhart’s character in that comedy sketch.

4. Looking up in London. That was a piece of advice I think in an interview I’d seen with Donald Sinden, the actor. He said that when walking through London, people never look up. London has this incredible architecture, but people are always looking down, looking at each other, looking at shop fronts. The thing about London is that you can have a launderette and then look above it, and it’s got this beautiful Regency architecture. But you’ve never really noticed it because we all live our lives at eye level.

5. A Thom Sweeney tailored suit. I love Savile Row. I love wearing a well-cut suit, and I love the kind of fine tailoring that they do exquisitely well. I love going into one of their stores and getting a drink plenty strong in a short glass. Then there’s the sort of theater of it all — and having the suit fitted, and going back in a couple of times and discussing it, taking out the fabrics. I just love the whole ritual of it.

6. Alan Bennett plays. The first time I ever performed comedy onstage was when I put on my own production of “Habeas Corpus” at school with all of my friends. But “The History Boys” is probably the play that I’ve seen the most times. I remember the first time that I watched it — being utterly captivated and amazed that this was an experience that you could have in a theater. Richard Griffiths (who played Douglas Hector, the teacher) was a very important part of my life. He was my godfather. He was my hero. He was part of the reason I ended up becoming a performer.

7. The film scores of John Williams. I have this weird thing where I work out to film scores. When I go to the gym or go for a jog, I find myself slightly tailoring my workouts to the various songs that I’m listening to: speeding up in rhythm to the music from “Jurassic Park” and maybe slightly aping the gait of a dinosaur; getting overexcited when “E.T.” comes on and wanting to lift off as the music crescendos; and then suddenly “Schindler’s List” comes on, and I feel like I need to slow down as a sign of deference.

8. Corbin &amp; King restaurants. Jeremy King and Chris Corbin are like the doyens of the industry in London when it comes to restaurateurs. They started up the legendary Ivy and the Caprice, and then sold those. Then they’ve had this second generation — the Wolseley, the Delaunay and the Colbert — and they’re fantastic. The cuisine in our country has been a little maligned over the years, but I think they are the bench mark of hospitality. The Wolseley is the restaurant that I could eat in for breakfast, lunch and dinner for the rest of my life and be content.

9. Off Menu podcast. It’s such a brilliant premise. It’s these two fantastic comedians, James Acaster and Ed Gamble, walking through a different guest each week and their dream menu. It has such great, beautiful, eccentric British humor. I love food. I love eating out. I obsess about my dream menu quite a lot. And so it’s such a good podcast to me because I get to hear other people do just that.

10. Edinburgh Festival Fringe. It’s where I first saw live stand-up and fell in love with it and realized that that was something that you could do for a living. I went up there every August for several years, and whenever it’s August, I always have this pang of regret that I’m not at the festival. Every comedian I love started there — John Cleese, Rowan Atkinson, Richard Curtis. The only problem is, whenever you go back to Edinburgh and it’s not the festival, it’s never quite as exciting.