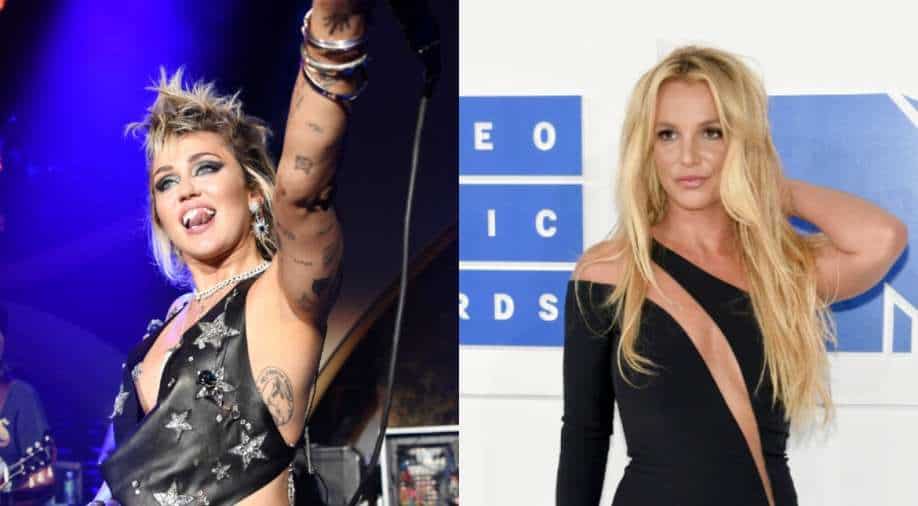 Miley Cyrus has been vocal about her support towards Britney Spears Photograph:( Instagram )

One of the fans, whose comment ranks as the ‘top comment’ on her post, wrote, “Sounds like a metaphor of what’s happening in her life,” which received over 18,000 likes. Interestingly, another music queen—global pop star Miley Cyrus—joined the long list of people to draw similar conclusions, writing, “They Free’d Britney for real!”

In a recent Instagram post, global pop star Britney Spears—who has been making headlines over her conservatorship battle with father Jamie Spears—narrated an incident related to her being locked in a bathroom before being set free.

And now, fans cannot help but draw comparisons with her current scenario: it’s a metaphor for her life, fans opine. And Miley Cyrus agrees.

The post, which is a picture of a door left ajar, describes her incident in great detail. “At 2am I decided to take a bath 🛁 !!!! I got a new scented lotion from Victoria’s Secret and I wanted to wear it because it helps me sleep better !!!!  I went to the bathroom and looked at my leftover coffee from earlier in the morning and said “gross” but didn’t throw it away and then I looked for my face wash but couldn’t find it anywhere !!!! I was caught up in my head looking for it for about 15 minutes and then realized it’s probably in the other bathroom … then I went to leave and the door was locked 🔒 …” a part of her lengthy caption read.

Later part of the post revealed that the pop star’s boyfriend—Sam Asghari—did come to her rescue but to no avail. “!!!!  He tried to do his thing to open the door with a PEN ✒️ … so I got my phone and called security to tell them to open the door 🚪 … 15 minutes went by and they finally said they’d send someone up to open the door … 10 minutes later …. “HELLO ??? Is anybody there ???” … then they told me 10 more minutes !!! I cleaned the bathroom and thought about taking a shower or something but then I saw it … the door 🚪 … I just looked at it for the first time with a yearning of just wanting it to open … would my eyes trick me and make it happen faster ??? My eyes widened and the door was more clear … more vast … I could see it with clarity and brightness … please open door 🚪 !!!!”

Finally, her security staff was finally able to free her. “We’re here!” They said … I asked how long it would take to open … and they said "oh, maybe 10 minutes" !!!! The old coffee I had left over from the morning was there … I started feeling foggy 😶🌫️ so I drank it ... I was reenergized and started speaking again!!! “Are you guys there ???” … “Yes we are!” They said, “Stand back, we’re going to open the door!” It opened … it finally opened !!!!!” concluded Britney. 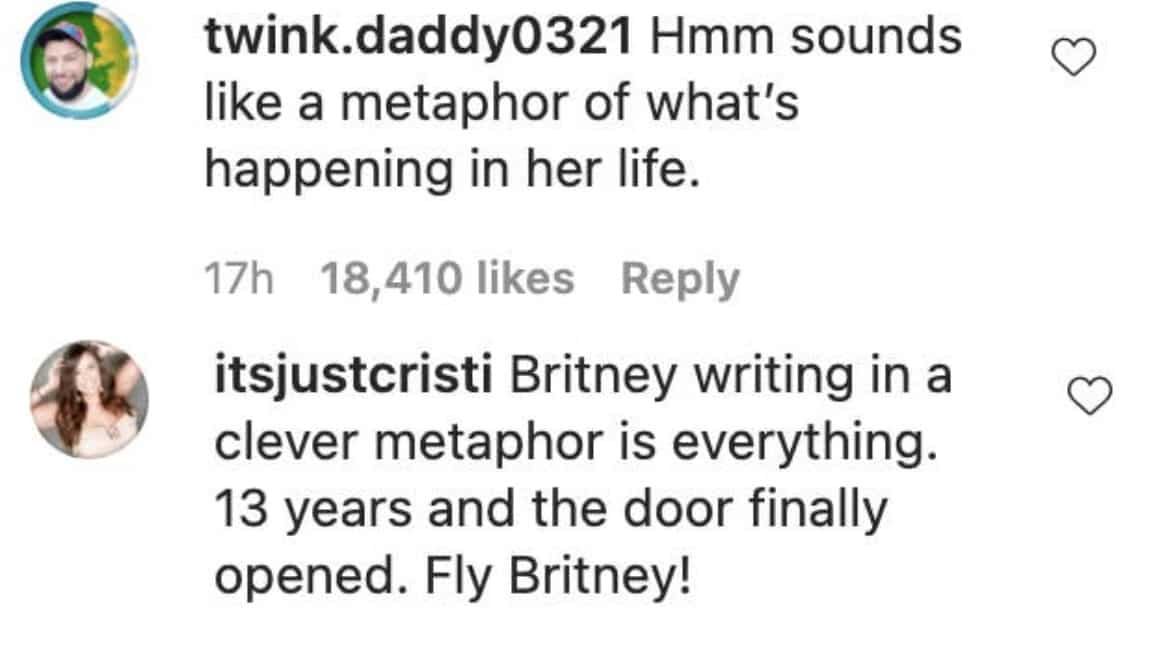 Another wrote, “Britney writing in a clever metaphor is everything. 13 years and the door finally opened. Fly Britney!”
“I feel like this is a metaphor for her ‘door’ finally opening to speak out after being held silent for so long,” was another top comment on the section. 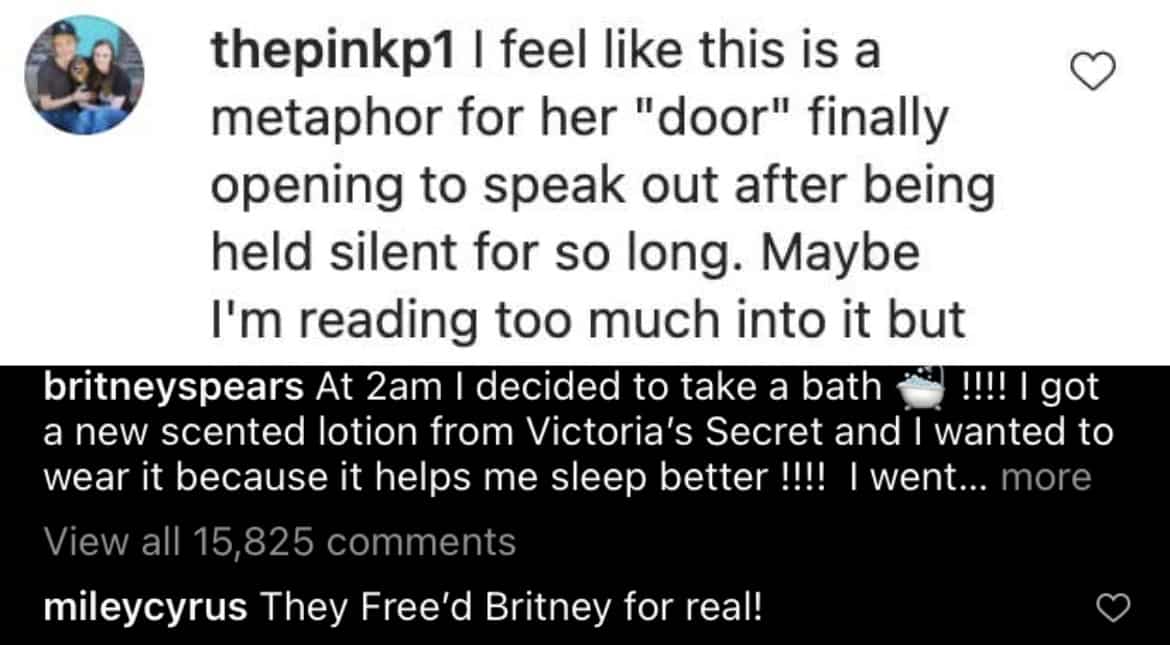