International Dog Day: These are the reasons dogs are so good for your health 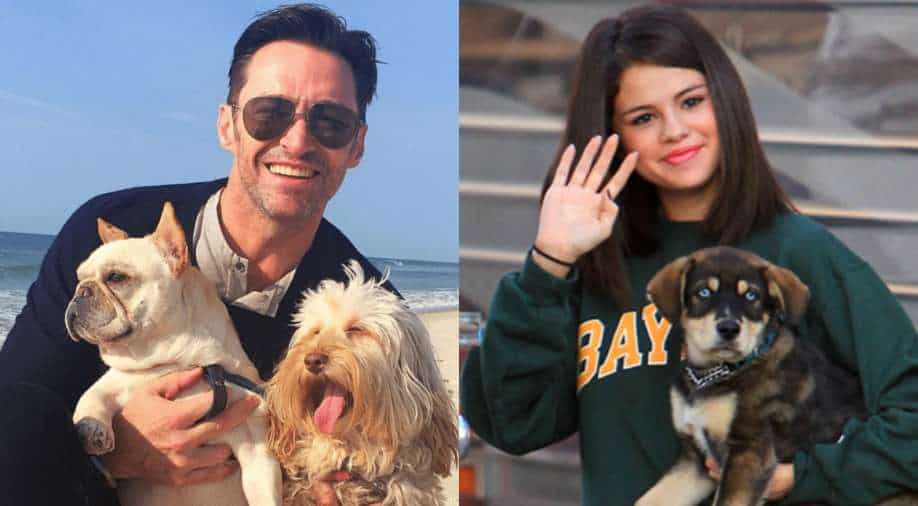 Hugh Jackman and Selena Gomez are dog lovers and have numerous pets at home Photograph:( Instagram )

On the occasion of International Dog Day, here's us taking a look at the science behind why dogs such as German Shepherd, Beagle, Pug, Golden Retriever, Naatu Naai among other breeds, make you happier and lift your spirits up.

We are living amid the uncertainty of Covid-19 and if there's one humane animal that can help us stay afloat, then it has to be the dogs.

On the occasion of International Dog Day, here's us taking a look at the science behind why dogs such as German Shepherd, Beagle, Pug, Golden Retriever, Naatu Naai among other breeds, make you happier and lift your spirits up.

It is said that dogs keep us physically active. Dog owners walk an average of 300 minutes per week, says a report.

A study conducted on more than 500 young adults (aged between 18 to 26) found that people who have strong attachment to pets feel more connected to their communities and that attachment also extends to their human relationships. Additionally, the study said that such people were found to be more empathetic and were likely to serve in leadership roles.

Also read: 'Model attacked by leopards in Germany during photoshoot'

Psychologists at Miami University and Saint Louis University conducted three experiments to examine the potential benefits of pet ownership among people and some historical markers indicating humans’ long-standing therapeutic relationship with animals. In 1973 a visiting therapy dog, Skeezer, became a permanent resident at Children’s Psychiatric Hospital, Ann Arbor, Michigan. Although more research is needed before scientists know exactly why it works. However, existing works in the field propose two hypotheses - state of relaxation and stress-reduction.

A 2010 study published in the journal Anxiety, Stress, and Coping highlighted the postive effects of petting an animal on anxiety. A variety of animals have been used for beneficial health effects.

So, now whether you choose to domesticate an international dog, an indie dog or opt for adoption from Humane Animal Society in Coimbatore, among other facilities, just know that dogs will bring joy to your life.