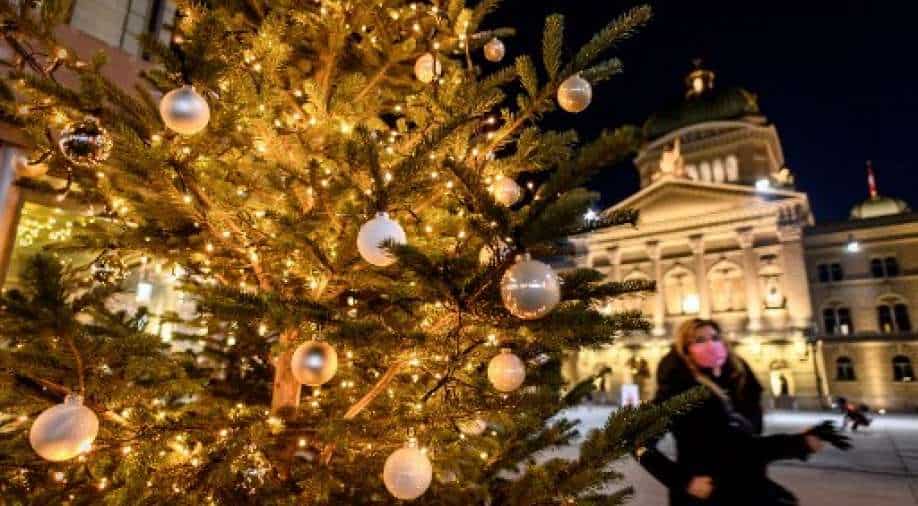 Retailers, including upscale boutiques and discount shops, have turned their stores into winter wonderlands weeks, even months, earlier than last year.

“I live in Salem, Massachusetts, where the witch trials were,” said Bridget Saunders, 20, an undergraduate at Salem State University. “Halloween is a huge ordeal.”

But when she walked out of her house last Tuesday, five days before Halloween, she saw that her landlord had skipped the holiday altogether and put up a fully decorated Christmas tree. “Couldn’t he just have waited a few days?” she said.

Apparently not. Christmas creep, the retail phenomenon of stores promoting Christmas merchandise earlier and earlier, seems to have elbowed its way past Halloween this year, and pushed aside the plastic pumpkins from store shelves.

Christmas trees went up before the leaves fell in much of the Northeast. The singer Britney Spears, for example, put up her Christmas tree, complete with gold tinsel and glass ball ornaments, two weeks ago. “I’m celebrating Christmas way early this year, because why not?” she posted on Instagram on Oct. 15. “I believe any reason to find more joy in life is a good idea.”

Retailers, including upscale boutiques and discount shops, have turned their stores into winter wonderlands weeks, even months, earlier than last year.

Nordstrom unveiled its displays of Balsam Hill artificial Christmas trees in most of its stores in early October, about one to two weeks earlier than last year. Bloomingdale’s moved up its virtual holiday events (where you can learn to make charcuterie boards and other Instagram-ready tableaus) to late October, rather than November, as it did in 2020.

Lowe’s set up its stores for Christmas a week earlier. “We expect customers to begin decorating earlier than ever, and Lowe’s made the strategic decision to order and bring product into our warehouses and stores earlier,” said Amy Allison, a company spokesperson.

It’s not exactly about spreading holiday cheer. “From a retailer’s perspective, it’s an opportunity to have many more sales and returning customers,” said Thomai Serdari, an adjunct professor of marketing at the Stern School of Business at New York University. “For individuals, it reflects a desire to extend the happy holiday season.”

The pandemic has further complicated matters. Supply-chain issues have spurred a fear of scarcity. Americans, many of whom celebrated a watered-down version of the holiday last year, are also eager to get the holidays started and make up for lost time.

“We knew our customers would want to come in earlier this year,” said Russ Patrick, a merchandise manager for Neiman Marcus, which began selling holiday goods — including fully decorated Christmas trees — in September. “There is a desire to make up for last year’s season that was very impacted by the pandemic.”

Discount retailers are also capitalizing on the supply-chain rush. “People are thinking, ‘Oh my gosh, the stores aren’t going to have product,’ ” said Bruce Levine, the chief merchandising officer at 99 Cents Only Stores, which is based in California. “This mindset is making people want to shop early, and we wanted to take advantage of that.”

Before the pandemic, 99 Cents Only Stores would flip its displays from Halloween to Christmas on the night of Oct. 31. This year, it cleared out the Halloween goods in mid-October. “We are running 10% ahead of last year on sales,” Levine said. “We are projecting to do our biggest Christmas yet.”

Big Lots, another budget chain, put out Christmas lights and trees right after Labor Day. (Halloween goods were sold in July.) “Customers now know if they don’t get out there and shop early, they might not get what they want,” said Bruce Thorn, the company’s chief executive.

Not all retailers have moved up Christmas this year. Home Depot and Walmart are on the same schedule. One reason may be that not all consumers are happy with the supersized shopping season.

Joe Ramoni, 29, a YouTube creator from Philadelphia, went to his local Rite Aid and Target last week to shop for Halloween decorations, hoping to score some sales, but they were all gone and replaced with Christmas frills. “It seems like we are leapfrogging right from Halloween to Christmas because of the commercial value,” he said. “Isn’t there time for both?”