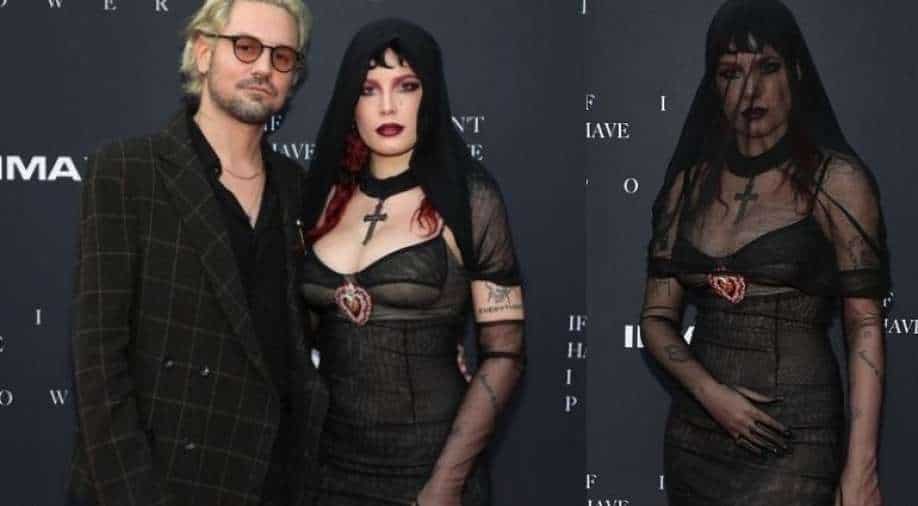 'If I Can't Have Love, I Want Power' is Halsey's fourth studio album.

Few weeks after giving birth to their first child, Ender Ridley Aydin, the couple stepped out at the Los Angeles screening of the singer's film 'If I Can't Have Love, I Want Power'.

Taking a day off from their parenting duties, the night marked the pair's first public appearance together.

Are Zoë Kravitz, Channing Tatum dating? Fans think they are

The songstress turned head with her gothic-inspired gothic look featuring a little body-hugging black dress with sheer stocking. For the drama,  she added a dramatic black veil with garters, sheer elbow-length gloves and a large black pendant around her neck. Meanwhile, Alev matched in a black suit with a light checkered pattern.

Later, he also shared their photo on his Instagram handle and wrote, ''Between the album and the film, she’s reached rare air, made the highest art, proud is the understatement of a lifetime.''

The couple were first romantically linked in 2019 after they were spotted sitting together during a Los Angeles Lakers game. In January, the performer revealed she was pregnant and in July, the happy couple welcomed their son, Ender Ridley.

'If I Can't Have Love, I Want Power' is Halsey's fourth studio album--it features 13 songs penned by Halsey, and was produced by Trent Reznor and Atticus Ross.