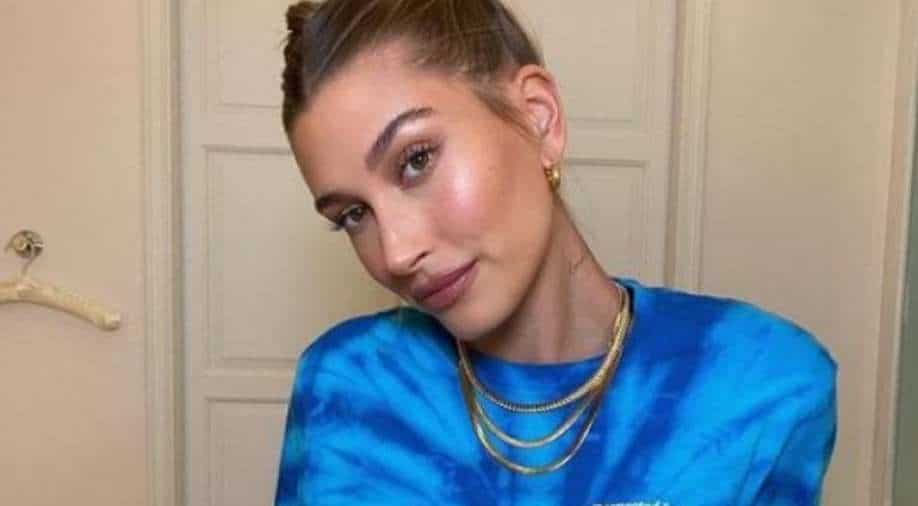 Hailey`s first `Who`s in My Bathroom?` guest is her best friend and supermodel Kendall Jenner. In the episode, the duo will discuss how their friendship started, play a game of `Never Have I Ever` and cook mac `n cheese.

Hailey Bieber is now a YouTuber. The model recently launched her own YouTube channel with OBB Pictures. The channel will offer an inside look into the model's skincare routine, travels, and challenges with A-list friends and stylists.

Taking to her Instagram, Hailey announced the launch of her channel, writing, "So excited to launch my official YouTube channel!!! Honest conversations, fashion and lifestyle, skin routines, friendship, and the debut of my flagship show WHO`S IN MY BATHROOM, and clearly a lot of fun. All of this and more to come at YouTube.com/HaileyRhodeBieber starting today."

The channel will feature a wide range of short-form content, including lifestyle tips, beauty tutorials, social causes, and a talk show called 'Who`s in My Bathroom?' -- a show hosted from Hailey`s own bathroom in her home where she invites her famous friends for off-the-cuff interviews and antics.

As per Variety, the content will be regularly rolled out through 2021 with new videos released bi-weekly. Speaking for the first time about her new project, Hailey told Variety that she wanted to create her YouTube channel so that she could control her own narrative and show viewers who she really is."With the YouTube channel, I get to control what`s going out there," Hailey said. She added, "I`m comfortable with every single piece of content going out, and that really feels freeing for me because I`m not in control of 90 percent of what`s talked about me and said about me and articles were written about me. I don`t control that and I can`t control it, and I think I`ve gotten to the point where I`ve let that go."

Hailey`s first `Who`s in My Bathroom?` guest is her best friend and supermodel Kendall Jenner. In the episode, the duo will discuss how their friendship started, play a game of `Never Have I Ever` and cook mac `n cheese. Other episodes will feature Hailey`s glam team getting her head-to-toe ready for a fake red carpet event and the model going through her fashion fails throughout the years. But it won`t all be fun and games.

Hailey, who has recently shared her mega-multi-million Instagram platform with activists to shine a light on politics and the Black Lives Matter movement, is very passionate about mental health awareness."We`re going to be having a conversation together surrounding social media and mental health," Hailey said about an episode featuring her in conversation with psychiatrist Dr Jessica Clemons.

Hailey`s partnership with OBB Pictures comes after the multimedia production company teamed with her husband and pop icon Justin Bieber, on `Justin Bieber: Seasons, which had the most-viewed YouTube Originals premiere of all time, along with the special documentary, `Justin Bieber: Next Chapter`.