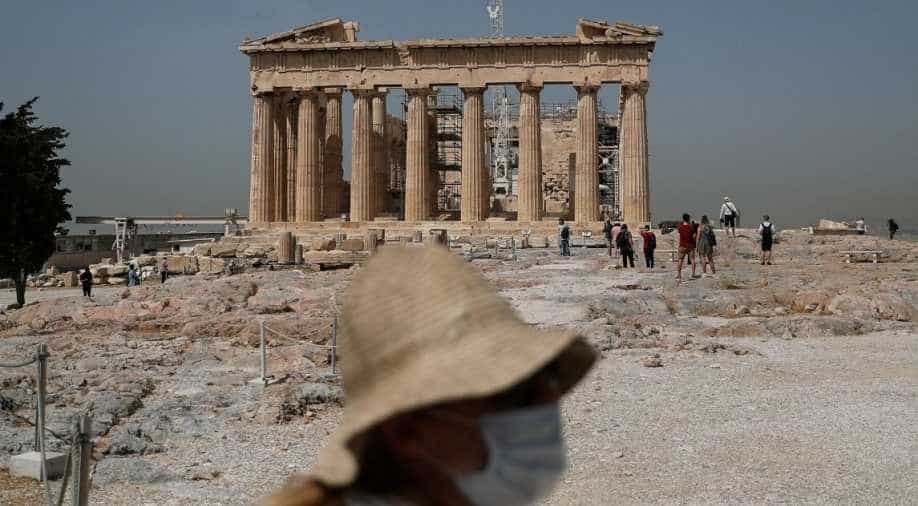 The photo shoots will be held for material to be presented during a runway show in Athens next month, the ministry official said.

The trip will pay homage to an iconic photo session at the Acropolis 70 years ago for an haute couture collection by Christian Dior.

The official said the central archaeological council had "unanimously" approved the shoots.

In addition to the Acropolis, photo shoots will be held at the Odeon of Herodes Atticus, the Ancient Agora in Athens, the temple of Poseidon at Sounio and the temple of Zeus at Nemea, the official said.

A further request to shoot at the Panathenaic stadium, where the 1896 Olympics were held, will be discussed on Thursday.

Dior will hold a runway show on June 17 in Athens to launch its inter-season collection.

"This is not a runway show at the Acropolis," the official emphasised.

The move comes on the heels of ongoing criticism of the Greek government by the opposition over its management of the country's priceless archaeological heritage.

In March, there was criticism over restoration work at the Acropolis that includes a new concrete footpath. The culture ministry has said the redesign improves wheelchair accessibility.

There is also an ongoing row over the planned relocation of antiquities in Thessaloniki for metro construction.

Earlier this month, dozens of intellectuals including several Byzantine experts penned an open letter, calling on the Greek state to leave the antiquities in place.