For Jazz musicians in 2021, two was the magic number 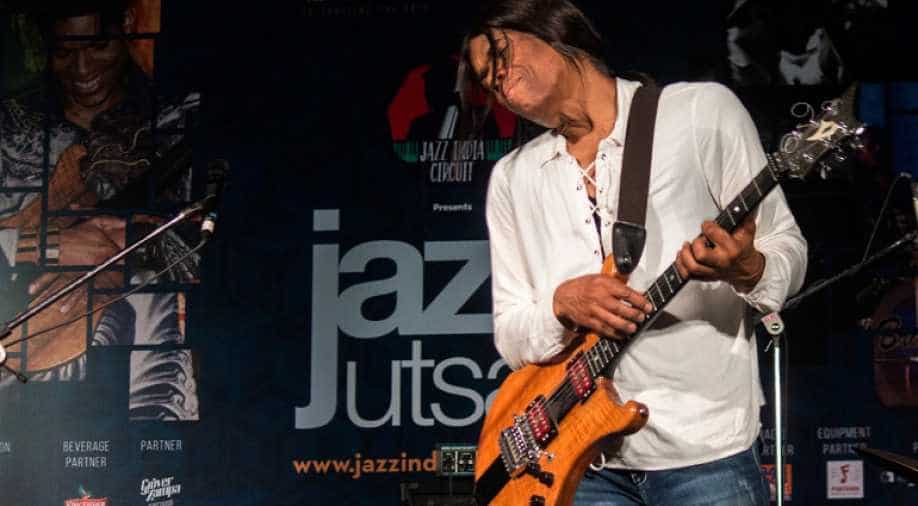 Jordan regaled a keen audience with his compositions as well as a wide array of renditions from popular to classical. (Photo credit: Bharat Tiwari) Photograph:( Others )

Adrian Younge and Ali Shaheed Muhammad, a pair of hip-hop producers with Hall of Fame resumes, teamed up a few years ago with a shared goal: to challenge themselves to take their chops up a notch, not just as producers but as instrumentalists.

Violinist and multimedia artist Laura Ortman stood onstage at the Stone, a performance space in New York City, earlier this month clad in a bejeweled paisley jacket with a bow under her arm. She welcomed the crowd with an interested smile and explained that the music that evening would be “dedicated to distance.” After the set she spoke again, saying that throughout it she had been meditating on the feeling of “never being close enough.”

The first 20 minutes were played only in duet with pedal steel guitarist Susan Alcorn, and they were probably the most affecting part. The musicians weren’t heavy-handed about the set’s theme, but about 15 minutes in, after a hefty silence, Ortman played a few sharp, playful curlicues on the violin and Alcorn responded with a restive note held in the lower register. They carried on like this for about a minute, and the tension was noticeable from below: two communicators, stuck at opposite ends of multiple spectra at once — melody/drone, high/low, rhythmic/unfixed — finding a way to direct and follow at the same time.

Throughout 2021, I often got the most out of records made by duos, which allowed me to hear musicians not just collaborating but conversing directly. It likely wasn’t just the pandemic that brought me there, or that led to so many great duet recordings this year: We’ve been tunneling toward mutually assured isolation for a long time, embracing a digital existence that has reorganized, among other things, how we talk to each other and how we make music.

The pair of electromagnetic, almost sensual albums released by saxophonist Sam Gendel and bassist Sam Wilkes seem to be having an intimate conversation with this moment. They recorded “Music for Saxofone & Bass Guitar,” released in 2018, and its follow-up, “Music for Saxofone & Bass Guitar More Songs,” out this year, live to tape during a series of casual performances outside restaurants in Los Angeles, with each musician manning a setup of loops, effects and other manipulators. They hardly sound like live albums, but they’re not studio recordings either.

“Honestly, it’s an extension of hanging out and connecting on some stuff and then saying, ‘Oh, let’s jam,’” Gendel said in a video interview with Wilkes last week. “Then after we jammed, it’s like, ‘Oh, let’s move the jam down the street and play in front of some people, low-key, just unannounced.’” Some members of their impromptu audience were transfixed; others, they said, carried on eating and chatting.

It works: Gendel and Wilkes seem so intently focused on each other, they might not need an audience. But there’s plenty of room for your ears, if you tap into the space they’ve created.

Adrian Younge and Ali Shaheed Muhammad, a pair of hip-hop producers with Hall of Fame resumes, teamed up a few years ago with a shared goal: to challenge themselves to take their chops up a notch, not just as producers but as instrumentalists.

“That became the aspiration — to go beyond just sampling, to really understand, like, Man, what were they thinking about when they played this?” Muhammad said in a video interview, referring to the jazz musicians whose recordings he has sampled so heavily from, as a member of A Tribe Called Quest and after.

Younge and Muhammad invited some of their ’70s jazz heroes — Roy Ayers, Brian Jackson, Gary Bartz — into the studio, and recorded a series of short albums through a process that was heavily improvised. They’ve been releasing those records throughout the pandemic on their own label, Jazz Is Dead. Loose and vernacular and charged with reverence, these LPs have the ambient feeling of a studio outtake from a recording session that never happened, caught somewhere in the airspace between 50 years ago and today.

Unlikely cross-generational collaborations bore rich fruit in other realms of the jazz world this year, too. In the spring, pianist Jason Moran self-released an arresting duet performance he’d given at the Big Ears Festival in 2019, alongside drummer and polymath Milford Graves. Young vocalist Nick Hakim and elder saxophonist Roy Nathanson created a tender and playful album, “Small Things,” in Nathanson’s basement in early 2020. Eminent jazz saxophonist Pharoah Sanders teamed up with electronic musician and composer Floating Points, né Sam Shepherd, to record “Promises,” which both expanded and cooled down each musician’s natural aesthetics. It landed at the top of many critics’ best-of-2021 lists, including mine.

The duet has a long and fertile history in jazz, although in the course of an artist’s career it’s usually seen as a detour, not a main road. Even Louis Armstrong, jazz’s first great soloist, made some of his finest early recordings in duet with pianist Earl Hines; ever since, the format has offered listeners a close perspective into both the playing and the listening of jazz’s great improvisers. And from the 1960s it has been a preferred format on the avant-garde, where free-form improvising can really reward a smaller format. When Graves, who died this year, was in his 20s and already well into a Promethean career, his duet with piano titan Don Pullen became a vehicle for artistic innovation, economic self-determination (through their collaborative label) and political visioning. ‘Zorro’ series starring Wilmer Valderrama in works

Sara Schoenbeck is one of the few improvising bassoonists of her pedigree, but she rarely makes music as a leader. When she decided a few years ago to make an album under her name, a duet format made sense: Hers is a quiet, unwieldy instrument; playing in duos allows her “not to have to stress about using amplification, or not have to change the way that I would naturally want to play,” she said.

The self-titled album that she released last month consists of nine duets, each with a different musical partner; including original compositions, open-ended improvisations and one cover of a tune by slowcore band Low, each track is arresting in a different way. One of the quietest — and the one that most rewards careful listening — features saxophonist and avant-garde eminence Roscoe Mitchell. Playing with him, Schoenbeck said, made her think about patience. It was a reminder that the way to show someone you’ve heard them isn’t always to respond. Shocking! Ben Affleck felt 'trapped' in marriage to Jennifer Garner

She said she’d challenged herself with this question: “How much can you start from a small idea and not move too quickly?” And Mitchell, she said, is “kind of a master at that.”

“When you’re performing, your endorphins change; your idea of time and space changes, and it’s really easy to move too quickly,” Schoenbeck added. “So that’s something I’ve come back to: How do you not move too quickly, how do you stay in a space, how do you gradually change the language that’s happening? It’s hard.”