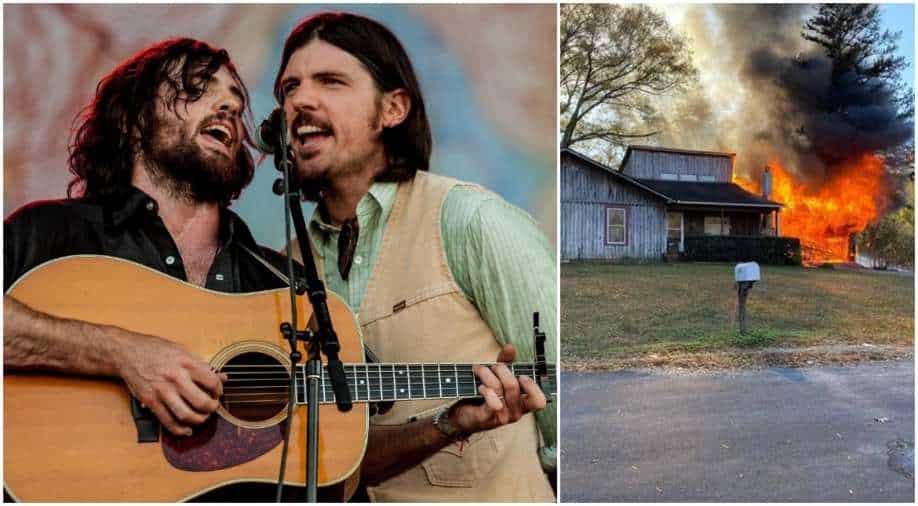 No one was hurt but Jim Avett has said that a cat was missing. Two K-9’s were rescued, reports claim.

It is indeed a sad day in the lives of Avett Brothers' fans.

According to news reports, a deadly fire has destroyed 60 guitars and almost 100 paintings at the North Carolina home of Jim Avett: the father of Scott and Seth Avett of the popular band, Avett Brothers.

As per the Allen Volunteer Fire Department, the fire took palce at around 12:53 PM on Friday in Concord. Once firefighters arrived at the house, they noticed heavy fire coming from the garage of Avett's home.
“The fire started from a golf cart. Half the house is totally beyond repair," he wrote.

"Hitting the high notes: Everything alive that resided at our house escaped the fire unharmed with the possible exception of one unaccounted cat! The fire started from a golf cart. Half the house is totally beyond repair. I hope insurance comes Monday and then we’ll be able to make a plan. Guitars were almost a total loss. I’ll examine each tomorrow and have an accurate count. It’s not good! All art was lost ( probably 90-100 paintings.) While we are saddened by this setback it is not a knockout punch. We have the strength, attitude, faith and abilities to move forward. And we will! Thank you for your most gracious and kind words. They mean the world to this family. #," Jim Avett's Facebook post read.

Officials have notedd in their statement that upon arriving at the residence, the firefighters saw “heavy fire from the garage” and entered the house to keep prevent flames from spreading further. No one was hurt but Jim Avett has said that a cat was missing. Two K-9’s were rescued, reports claim.

The Avett Brothers are a three-time Grammy Award nominated band from North Carolina and the band enjoys good fan following.