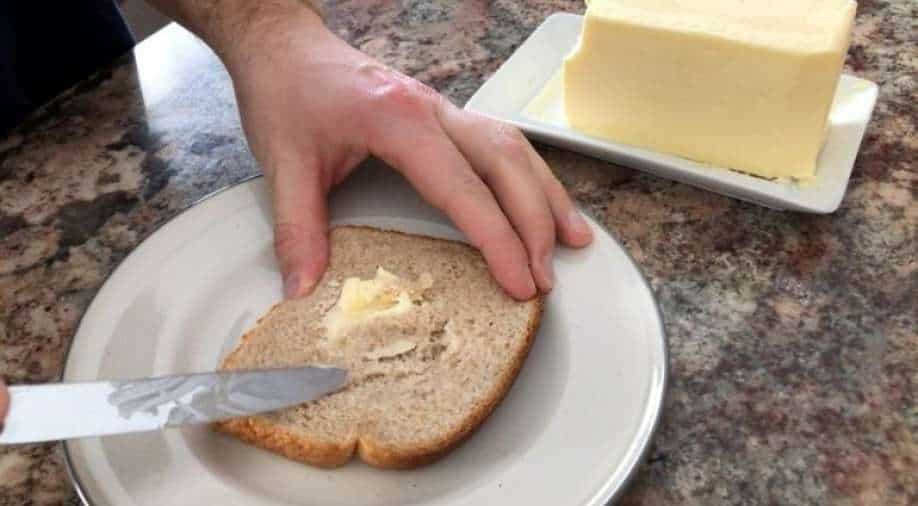 Since summer last year, Candian farmers have added palm oil-based energy supplements to cow feed to increase their stock which has made the butter supply thicker

Several Canadians complaining about the unusual hardness in their blocks of butter on multiple social networking platforms.

They argue that this hardness has made it difficult for them to spread it on separate food surfaces and it does not melt at room temperature.

Captains log: Day 345 of the Pandemic and I have started experimenting with butter.

The Buttergate saga began when Canadian cookbook author Julie Van Rosendaal tweeted on Twitter and posed a question about the butter she purchased.

Something is up with our butter supply, and I’m going to get to the bottom of it. Have you noticed it’s no longer soft at room temperature? Watery? Rubbery? pic.twitter.com/AblDzGiRQY

She also suggested several theories due to which this change has taken place. These include changes in policies and practices to Canada’s tariff rate quota, and targeted changes in feeding and farming practices to modify the fatty acid profile of bovine milk in an attempt to boost yield or improve stability.

According to Dairy Farmers of Canada, the country's dairy sector a major presence in all 10 provinces - determines its production quotas based upon demand forecasts. With more Canadians staying home, demand for butter rose by over 12 per cent in 2020.

Since summer last year, Candian farmers have added palm oil-based energy supplements to cow feed to increase their stock which has made the butter supply thicker.

Canada’s government said on Saturday it will pump an additional C$691 million ($531.87 million) to support the country’s dairy, poultry and egg farmers, and also reduced the timeline for payment promised to dairy farmers last year.

The government’s compensation payments recognize business dairy and poultry farmers have lost out after trade pacts were struck with the European Union and Pacific nations.

Canada controls the production and price of eggs, poultry and milk through annual quotas and import taxes -- a system deemed protectionist by its foreign partners.