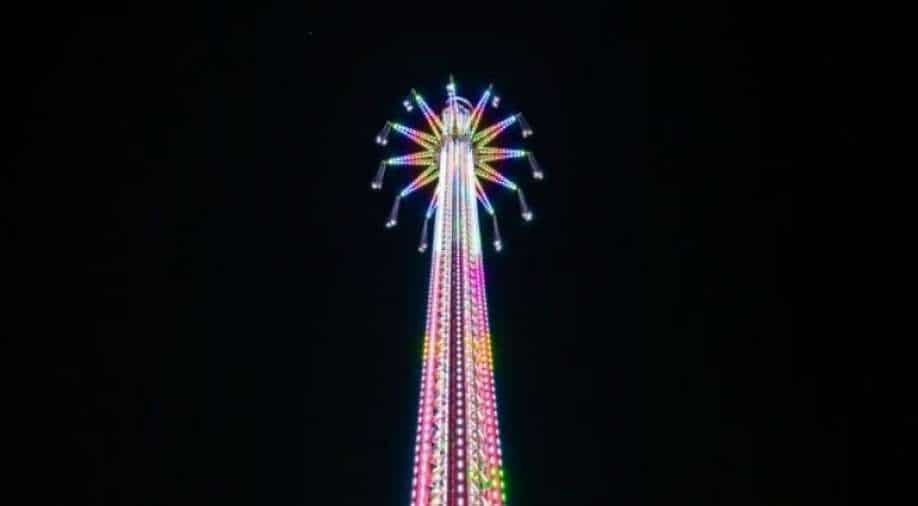 Bollywood has stamped its authority in various Middle Eastern and South Asian countries and in another feather in the cap world's tallest swing ride in Dubai will have the name of it.

The swing ride beats the previous record-holder by just 10 feet and is opened at Bollywood Parks Dubai.

It is built in 600 days with 421 tons of steel and another 120 days were required to install this gigantic structure, Milton D'Souza, general manager of the Bollywood Parks, was quoted as saying by CNN.

After months of closure due to coronavirus, Bollywood Parks Dubai was reopened on January 21 with nine new rides that include Bollywood Skyflyer.

"We used the time to create and build a brand-new area in the park that we call the Mela Zone, which is home to the majority of the nine new rides at Bollywood Parks Dubai," D'Souza added.

Bollywood Parks Dubai is one of the three themed parks of Dubai Parks and Resorts, which in 2019 attracted 2.6 million visitors.

D'Souza hopes that the park's revamp will entice more visitors to travel to Dubai as it continues to emerge as a hot destination for tourism.