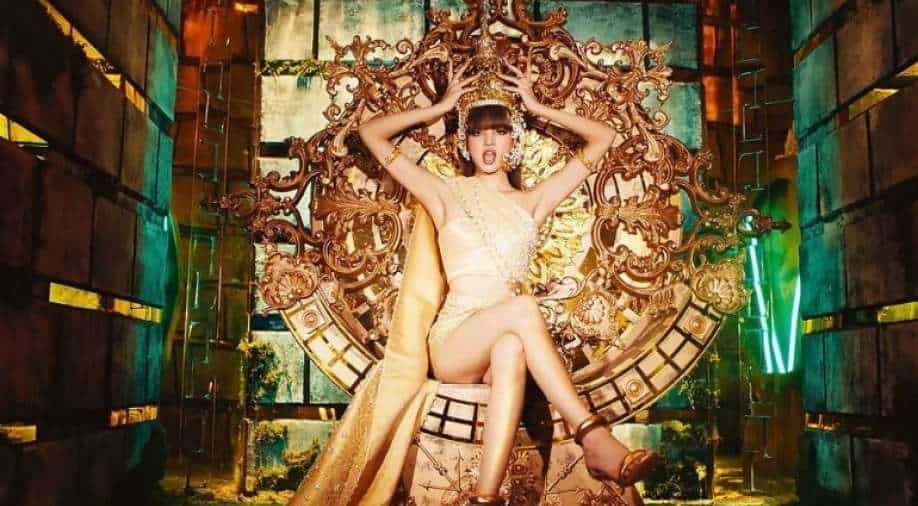 The project features four tracks, including the title track ‘Lalisa’ and ‘Money’, alongside their instrumental versions.

K-pop band's Blackpink girl Lisa is making her solo debut as a musician.

Lisa has finally made her highly anticipated solo debut with the release of her first-ever single album titled 'Lalisa'.

The project features four tracks, including the title track ‘Lalisa’ and ‘Money’, alongside their instrumental versions.

In the videos, Lisa sings, dances and raps flawlessly, leaving all her fans amazed. The video features the Thai native in various outfits as she also paid a small homage to Thailand in her gold traditional costume. Fans have been applauding her for remembering her lineage in her first solo project.

The title track also becomes the first debut music video to hit 50 million views in under 24 hours in YouTube history.

“I was able to participate in the album jacket photos and even the point choreography. The point choreography moves are in the chorus of the song. There is also a part where the music shifts to a more Thai-feel, and the performance there is pretty as well,” she said during a global press conference.

“I told Teddy (producer) that I wanted a little bit of a Thai-feel to it, and he took my request into consideration and added it in. I was very touched, and I loved it.”

A compilation of some of the most daring outfits celebs have ever worn: Kim Kardashian to Bella Hadid

“Preparing for promotions by myself felt kind of boring, and it made me miss my members. But I still worked hard, so please look forward to it,” she continued.

Before her, other bandmates Jennie, Jisoo and Rosé have released their solo albums.