Billy Porter apologises to Harry Styles over magazine cover slam: It's not about you 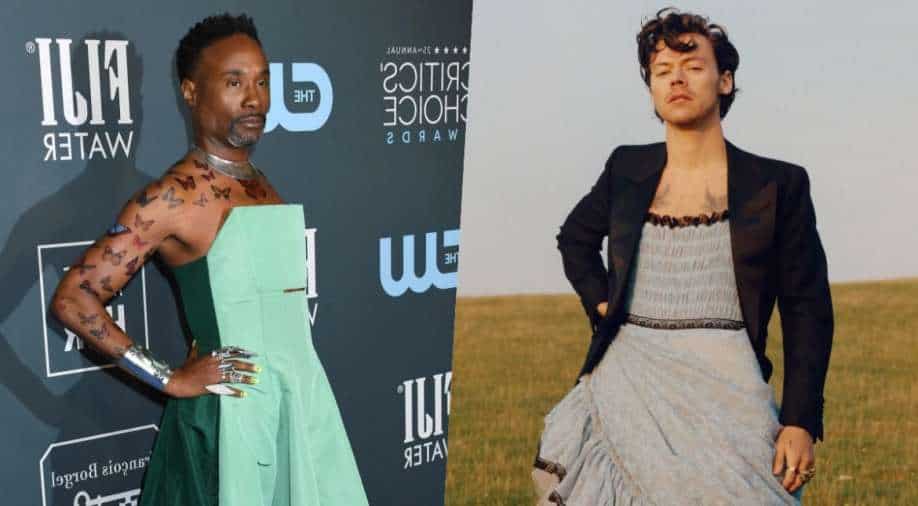 Billy Porter may have been upset with Harry Styles over his latest cover shoot, but he is ready to make peace with the musician-actor.

The 'Cinderella' star, who recently slammed Vogue and Harry Styles for being the magazine's first solo male cover star, has now apologised to Styles.

"Harry Styles, I apologize to you for having your name in my mouth. It’s not about you. The conversation is not about you. The conversation is actually deeper than that. It is about the systems of oppression and erasure of people of color who contribute to the culture," the actor reportedly said on 'The Late Show With Stephen Colbert' on Thursday.

"I’m sorry, Harry. I didn’t mean no harm. I’m a gay man. We like Harry Styles, he’s cute!" added Porter.
Harry Styles made headlines after wearing a Gucci dress for the December issue of Vogue. While he was lauded for this bold fashion move, Porter, who’s been sporting gowns on red carpets for several years, wasn't happy about it.

"I changed the whole game. And that is not ego, that is just fact. I was the first one doing it and now everybody is doing it. I feel like the fashion industry has accepted me because they have to. I’m not necessarily convinced, and here is why: I created the conversation, and yet Vogue still put Harry Styles, a straight white man, in a dress on their cover for the first time," Porter reportedly told The Sunday Times last month.

"I’m not dragging Harry Styles, but he is the one you’re going to try and use to represent this new conversation? He doesn’t care, he’s just doing it because it’s the thing to do," added Porter.

For Billy Porter, he said, embracing gender-fluid fashion is more than just having a moment on the red carpet.

"This is politics for me. This is my life. I had to fight my entire life to get to the place where I could wear a dress to the Oscars and not be gunned down. All he has to do is be white and straight," he said.