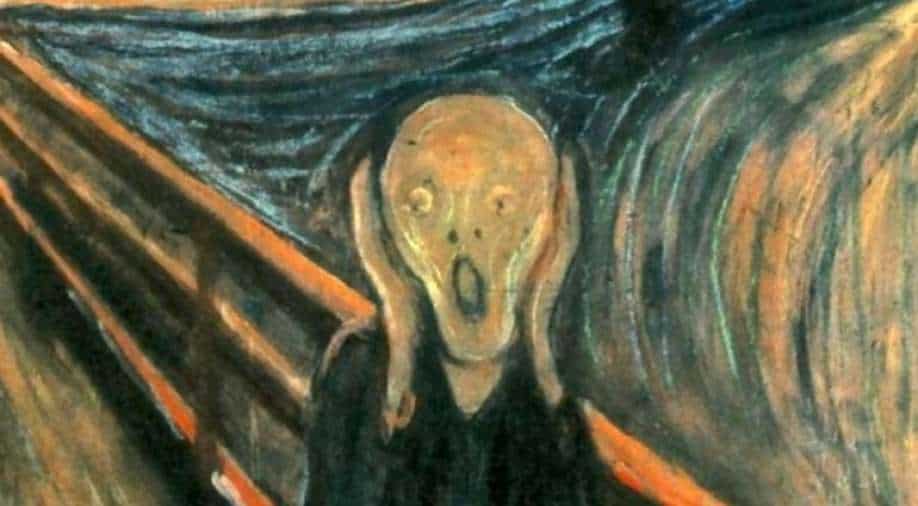 Critics have long questioned whether the graffiti was an act of vandalism done by an outraged spectator, or written by Munch himself, who was known to have had mental health problems throughout his life.

One of the most iconic paintings, The Scream, has always had mysterious graffiti, done by none other than its artist Edvard Munch.

The words, "Can only have been painted by a madman", are inscribed in pencil in the top left-hand corner. Now, new tests made by The National Museum of Norway have confirmed they were made by the man himself.

According to BBC, the original painting, first displayed in Munch's home city Oslo (then Kristiania) in 1893, has become a radical and timeless expression of human anxiety. Its influence stretches as far as the 90s Hollywood Scream horror film series, and on to the modern-day emoji.

The artwork has undergone conservation in preparation for its installment in the new museum, which is due to open in the Norwegian capital next year.

Critics have long questioned whether the graffiti was an act of vandalism done by an outraged spectator, or written by Munch himself, who was known to have had mental health problems throughout his life.

Now, with the help of the scan, the long-standing point of conjecture has come to a conclusion that the words were written by Munch.

"The writing is without a doubt Munch's own," said museum curator Mai Britt Guleng. "The handwriting itself, as well as events that happened in 1895, when Munch showed the painting in Norway for the first time, all point in the same direction."

In 1994, The Scream was stolen from a Norwegian art museum. It was recovered in a daring undercover operation by British detectives.

The graffiti reveals Munch's state of mind who was disturbed by the death of his mother and sister at a very young age. As per the artist's diaries, he had been anxious and depressed, as long as he can remember. It's believed he returned to the painting to add his pencilled statement afterwards.

"For as long as I can remember I have suffered from a deep feeling of anxiety which I have tried to express in my art," Munch wrote. "Without this anxiety and illness I would have been like a ship without a rudder."