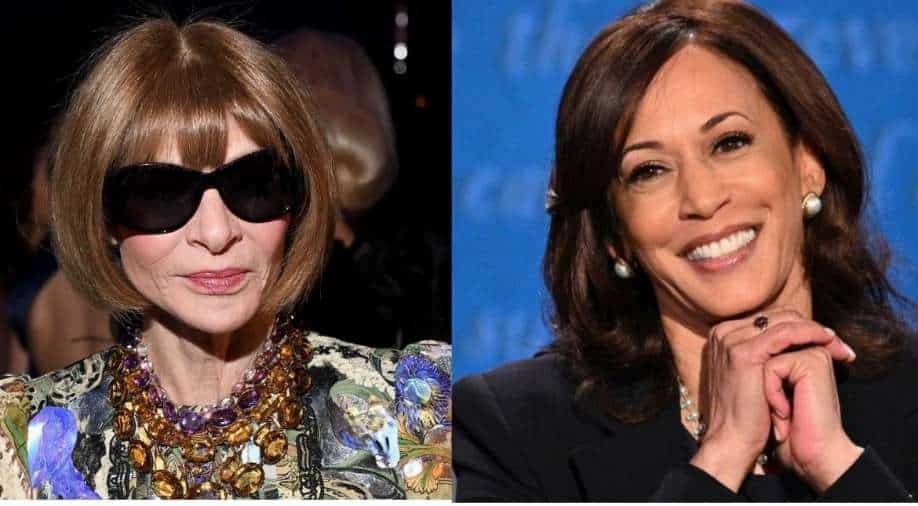 The American Vogue cover made it to headlines as Kamala Harris reportedly expressed her displeasure over the choice of clothes and background that was selected.

After controversy erupted on US Vice President-elect Kamala Harris’ cover for American Vogue magazine, Anna Wintour has responded to all the criticism that the magazine has been getting.

The cover made it to headlines as Kamala Harris reportedly expressed her displeasure over the choice of clothes and background that was selected. There were two options reportedly, one which had Kamala Harris in a powder blue suit with her arms crossed, looking like a boss bibe while the second one was more casual in its approach as she sports an athleisure piece with sneakers that go with the background of pink and green curtains. Formal or casual? Kamala Harris magazine cover starts a debate on social media

Reportedly, the US Vogue’s team and that of Kamala Harris had a disagreement over the choice between the two for the cover. While Kamala wanted the suit to make it to cover, it was after all the casual one that was picked for the cover of her spread.

Soon after the cover went on social media, netizens were upset at this switch and felt that it undermined the legitimacy of her position and power. Also, that she is non-white, fuelled their responses against the magazine for casually making a point about non-seriousness.

Defending their stance, Anna Wintour said in a statement, “Obviously we heard and understood the reaction to the print cover and I just want to reiterate that our intention was absolutely not to diminish the importance of the incredible victory of the vice president-elect.”

Anna Wintour is editor-in-chief of Vogue.