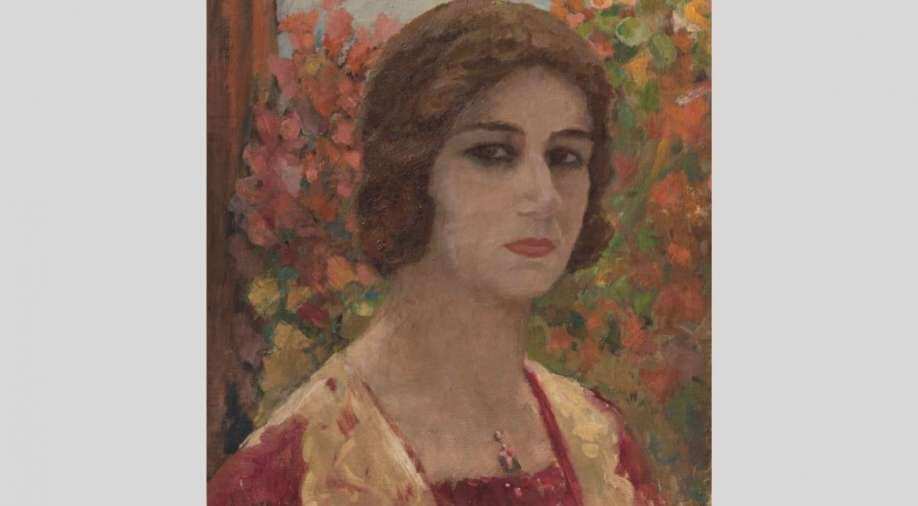 The portrait was rediscovered recently and is expected to fetch up to $2.8 million at a rare auction appearance for Amrita Sher-Gil's work.

One of India’s most prominent modern artists, Amrita Sher-Gil will have her long-forgotten painting go under the hammer for the first time.

The portrait was rediscovered recently and is expected to fetch up to $2.8 million at a rare auction appearance for the painter's work. Called ‘Portrait of Denyse’, the painting depicts one of the artist’s friend, art critic Denyse Proutaux. The lady in painting can be seen wearing a red velvet dress in front of flowers.

The auction is being handled by Christie’s. The painting before this was unknown to experts as it was a part of private collections in France. It was created almost nine decades ago.

The auction house said it is one of only four known portraits of Proutaux. Using letters exchanged by the French art critic and her husband, as well as her correspondence with Sher-Gil and her sister, researchers were able to date the lost painting to 1932. Would you believe Amrita was then a mere 19-years-old.

For those who follow art would know that Amrita Sher-Gil was considered at one point of time a India’s contemporary to Frida Kahlo as she mixed Western influences like Post-Impressionism with elements of classical Indian art.

The Indian government recognised Amrita Sher-Gil as a “National Treasure" in 1976 and has made it illegal to take her art out of the country without permission from authorities. The majority of her 172 documented works are now housed at the National Gallery of Modern Art in New Delhi though privately-owned art by the painter continues to change hands within India.

Meanwhile, ‘Portrait of Denyse’ will be auctioned in New York on March 17, as part of Christie's "South Asian Modern and Contemporary Art" sale.