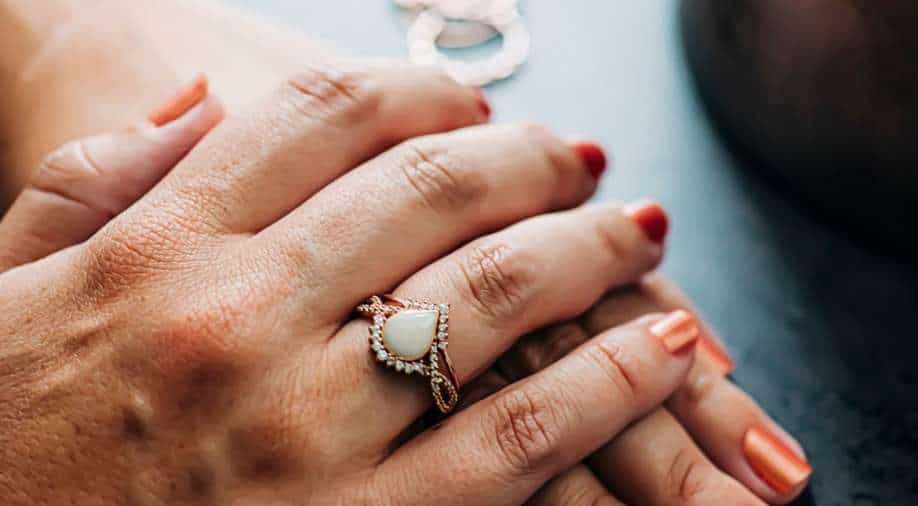 For some parents, jewellery made from breast milk can also be a way to cope with loss. Rebecca Zuick, 31, a software development student in San Antonio, purchased a ring with a stone made from her breast milk in February 2017, both as a way to celebrate the end of breastfeeding her son, Asher, and to cope with the stillbirth she experienced in July 2015.

Alma Partida knew her breastfeeding journey was coming to a close in June. She had nursed her daughter, Alessa, for nearly 18 months — longer than most mothers in the United States do — and the process had not been easy.

First there was Alessa’s birth, by emergency cesarean section, in February 2020. In the hospital after surgery, Partida struggled to breastfeed. Once she and her daughter were discharged, nursing was still challenging.

“It was a really long journey,” said Partida, a 29-year-old speech language pathologist in Watsonville, California.

Now that it was ending, she wanted to find a way to mark it.

While scrolling through posts on a parenting Facebook group, Partida came across an unusual but fitting keepsake: a pendant containing a white stone. The main ingredient? Breast milk.

She knew she had to have one.

Also read: What is Keratosis pilaris, the disease that Yami Gautam is suffering from

This may be the first time you’re hearing of breast milk jewellery, a niche of the commemorative market. But there’s plenty of precedent for trinkets and wearable items containing organic matter. Earrings and brooches fashioned from human hair were popular during the Victorian era. More recently, synthetic diamonds have been manufactured from cremation ashes. It’s common, too, for parents to save umbilical cords and baby teeth.

For her own piece, Partida shipped about 10 milliliters of breast milk to a company called Keepsakes by Grace. About a month later, she received a milky-white heart-shaped pendant in the mail.

Freda Rosenfeld, a lactation consultant in New York City, said she understands the impulse to memorialise the experience.

“For many people, breastfeeding is an extremely special and important time in their lives,” Rosenfeld said. “Often when they wean, it’s a little sad, because it was such a special moment.”

Sarah Castillo, owner of Keepsakes by Grace, said her clients often purchase pieces from her after they have experienced difficulty nursing.

“A lot of my orders come from clients that are either suffering through a hard time or they’re weaning and not ready yet,” said Castillo, 25, who lives in Tucson, Arizona. “A lot of it comes from that, almost like a desire to continue, but either they can’t or they decided it’s time to stop.”

Castillo started her line in March after seeing similar products on Instagram. She experimented with her own breast milk for months, eventually landing on a method that involves dehydrating the solution to make a powder, then mixing the powder with resin to make a stone. Her pieces typically cost $60 to $150.

“Jewellery is already really sentimental,” Castillo said, but in the case of jewelry made from breast milk, “it is literally holding a memory.”

Ann Marie Sharoupim, founder of Mamma’s Liquid Love, said her clients have similar motivations when they buy her breast milk jewellery. Sharoupim, 34, who has a pharmacy doctorate and lives in Rutherford, New Jersey, sells earrings, necklaces, bracelets and rings featuring breast milk stones. They are $90 to $1,500. This year, she said, she sold nearly 4,000 pieces.

She recommends that buyers treat their jewellery as they would a pearl, taking care to keep it dry and limiting its exposure to chemicals. After a customer places an order on her website, Sharoupim sends instructions on how to best mail half an ounce of their breast milk to the company.

For some parents, jewellery made from breast milk can also be a way to cope with loss.

Rebecca Zuick, 31, a software development student in San Antonio, purchased a ring with a stone made from her breast milk in February 2017, both as a way to celebrate the end of breastfeeding her son, Asher, and to cope with the stillbirth she experienced in July 2015.

“For me, looking into getting jewellery made out of breast milk, it was a way to kind of hang on to the memory and the legacy of the child that I wasn’t able to nurse, because that was milk that they would have been able to have if they had survived,” Zuick said.

The American Academy of Pediatrics and the World Health Organization both recommend that infants be breastfed for the first six months of their lives. However, for many mothers, that is untenable because of work; the United States is one of the few countries with no national paid maternity leave.

Jacqueline Wolf, a professor of the history of medicine at Ohio University and the author of a 2001 book on the decline of breastfeeding in the late 19th and early 20th centuries, noted that, for the most part, the mothers who are able to breastfeed during those early months are those with paid maternity leave or flexible work schedules.

“Most women don’t have jobs like that,” Wolf said. “I think that this jewellery is also a little bit symbolic of this injustice.”