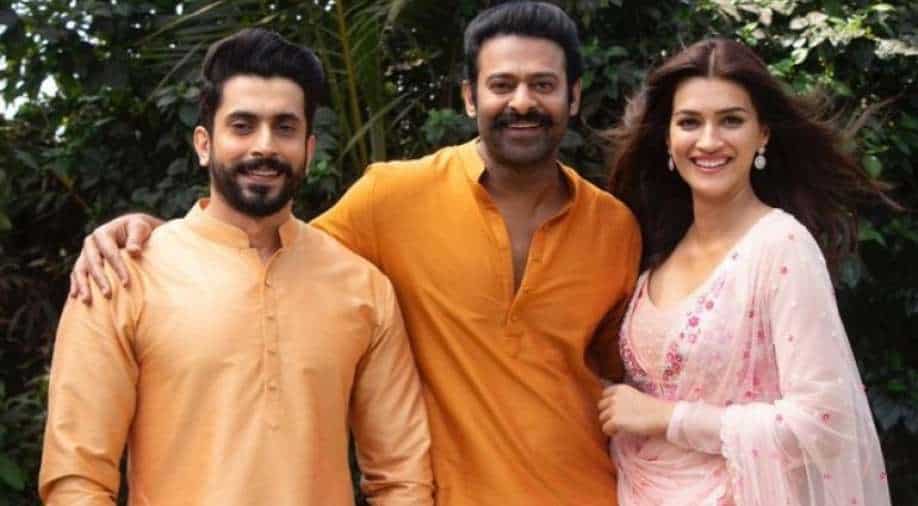 Kriti Sanon will play the role of Sita in the film which has Prabhas playing Lord Ram and Saif Ali Khan playing Raavan.

Upcoming mythological film 'Adipurush' is turning out to be a massive multi-starrer. The film which stars Prabhas in the lead role and Saif Ali Khan as the antagonist will also feature Kriti Sanon and Sunny Singh.

Kriti took to her Instagram page on Friday to share the news and posted photos with Prabhas, Sunny and director Om Raut.

Kriti captioned the post as "A new journey begins.. #ADIPURUSH. This one is too special.. Proud, honoured and beyond excited to be a part of this magical world."

In the picture, she can be seen posing alongside director Om Raut, Prabhas, who will reportedly play Ram, and Sunny, who will be reportedly seen as Lakshman.

Sharing the same picture on his Instagram Prabhas wrote, "Welcoming @kritisanon and @mesunnysingh to the #Adipurush family."Kriti is reportedly set to essay the role of Sita in the forthcoming film.

'Adipurush` will have Saif playing the role of Raavan.

The film which is currently eyeing August 11, 2022, for its release had started production back in February. `Adipurush` is Om`s new directorial venture after last year`s blockbuster `Tanhaji: The Unsung Warrior.

Produced by Bhushan Kumar, Om, Prasad Sutar, and Rajesh Nair, the film will be released in Hindi, Telugu, Tamil, Malayalam, and Kannada.

Why has Ozzy Osbourne announced retirement from touring? Know all details about the controversial rock legend