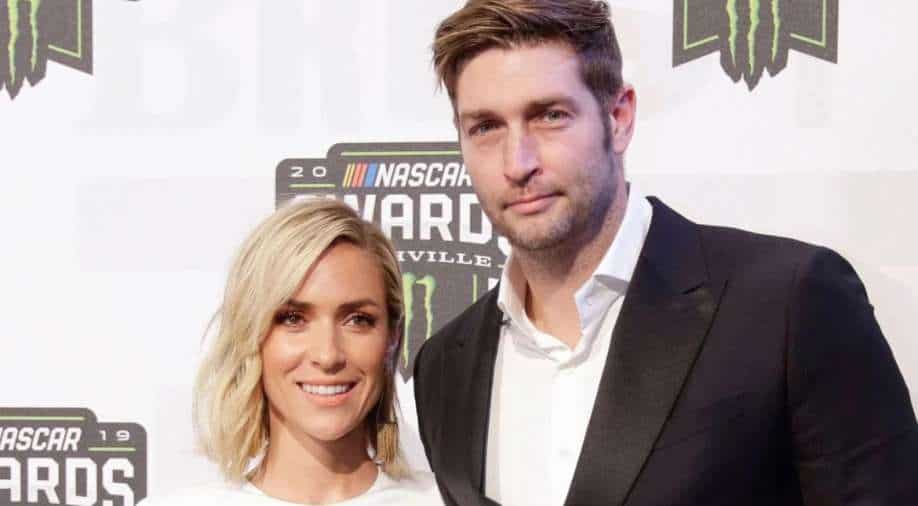 Kristin Cavallari and Jay Cutler were wed in June 2013 and the couple has three kids together: 9-year-old Camden, 8-year-old Jaxon, and 6-year-old Saylor.

American TV personality Kristin Cavallari confessed that getting divorced from her ex-husband Jay Cutler was the "best decision" of her life. In a recent interview on the ‘School of Greatness’ podcast, the ‘Laguna Beach’ star, Cavallari admitted that, although parting ways with the former American footballer was "the scariest thing" to do, it was the "best decision" she had taken, reported Page Six.

"That was the scariest thing I've ever done, is get a divorce," recalled Cavallari. In addition, the 35-year-old revealed that she had a "gut" feeling for a long time, that she should divorce Cutler as their relationship was not working for her, reported Page Six.

"Being in a relationship where I was really unhappy, that wasn't going to work for me. And I knew in my gut for a long time that I had to do it," said the reality star. Talking about her three kids, Cavallari said that it was her kids who inspired her to become the "best version" of herself, reported Page Six. "... I can only be as good to my kids as I am to myself. If I’m empty, I have nothing to give them, " admited ‘The Middle’ actor.

"What I’ve also realized going through a divorce... is that even in our most challenging times -- when we think the world is falling apart, we’re always going to be this sad, everything is going to always be horrible -- we get through it... and then we look back and we realize why everything happened," concluded Cavallari.

Kristin Cavallari and Jay Cutler were wed in June 2013, according to Page Six. Earlier, Cavallari dated Cutler for less than one year, before getting engaged to him in 2011. The couple share 9-year-old Camden, 8-year-old Jaxon, and 6-year-old Saylor. Meanwhile, Cavallari's book ‘Balancing in Heels: My Journey to Health, Happiness, and Making it all Work’ launched in March 2016, talked about how Cutler had "envisioned himself being the sole breadwinner and his wife staying at home," reported Page Six.

According to the reality star, she finally filed for divorce after Cutler had become "this lazy, unmotivated guy."