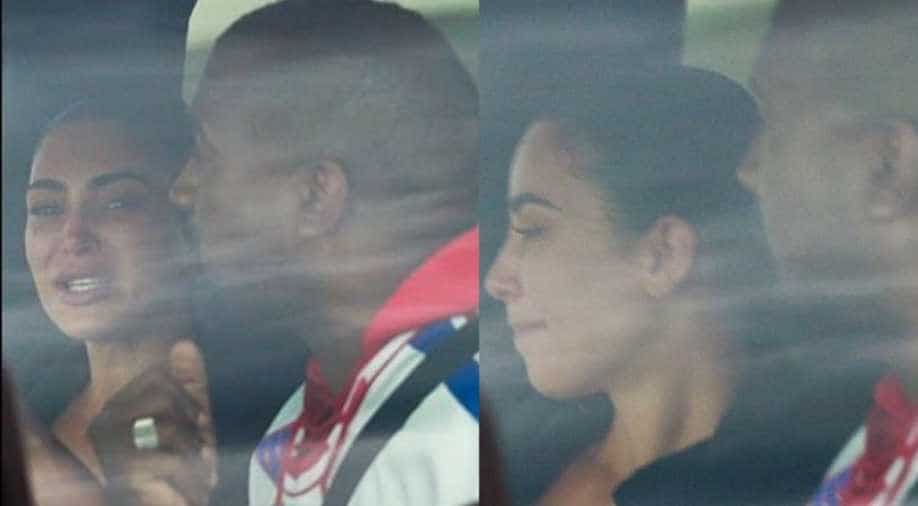 Kim Kardashian had opened up recently after his apology on his bi-polar disorder. In a lengthy post, she had asked fans to give them some time as “his words sometimes do not align with his intentions”.

Kim Kardashian and Kanye West had a tearful reunion after the rapper had a Twitter outburst in which he spoke of “wanting divorce” among other things.

Kim Kardashian was spotted in Wyoming as she flew to be with her husband Kanye. The two were spotted sitting in the backseat of their car as Kim had a meltdown and was seen sobbing during an intense conversation.

Kanye had recently publicly apologised to Kim after he said that he has been trying to divorce her for some time and revealing he wanted Kim to abort their first child aka North. He also hinted at her having an affair with his rival Meek Mill. See what he rambled in tweets.

In his apology he said, “I would like to apologize to my wife Kim for going public with something that was a private matter. I did not cover her like she has covered me.to [sic] Kim I want to say I know I hurt you. Please forgive me. Thank you for always being there for me.”

This was the first time when they were spotted together since the presidential bid that led to these events. It was in the bid that Kanye publicly opened up on abortion and was seen having a meltdown in North Charleston, South Carolina, after announcing his unlikely bid for presidency.

A report in People quoted a source: “She is very emotional about everything, and also exhausted. She feels very hurt by Kanye. She has tried to reach him multiple times and he just ignores her. It's all a bad situation.”

“She decided to fly to Cody to speak with him in person. She doesn't want to be ignored anymore,” the source added.

Kim Kardashian had opened up recently after his apology on his bi-polar disorder. In a lengthy post, she had asked fans to give them some time as “his words sometimes do not align with his intentions”.

“I understand Kanye is subject to criticism because he is a public figure and his actions at times can cause strong opinions and emotions. He is a brilliant but complicated person who on top of the pressures of being an artist and a black man, who experienced the painful loss of his mother, and has to deal with the pressure and isolation that is heightened by his bi-polar disorder. Those who are close with Kanye know his heart and understand his words some times do not align with his intentions.”