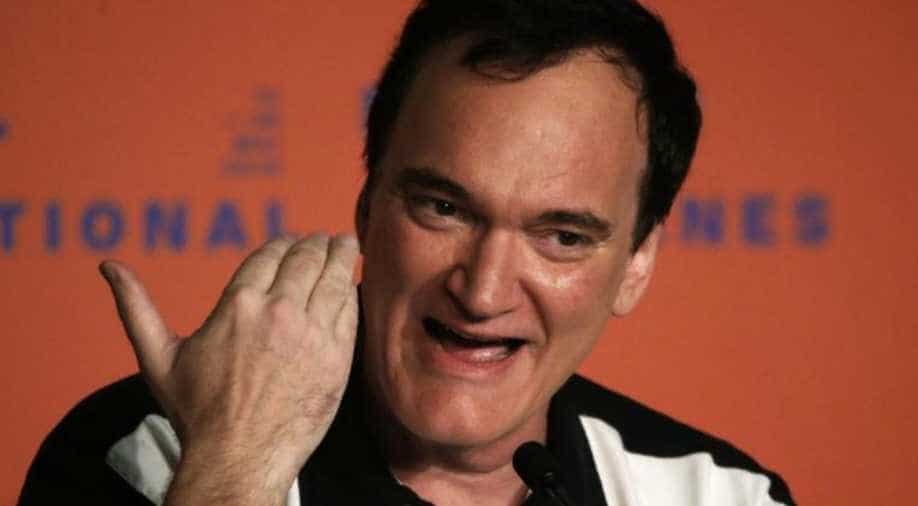 "Me and Uma have been actually talked about it recently, frankly, to tell you the truth," Tarantino said.

Ace filmmaker Quentin Tarantino has time and again said that he will make just one more film after the release of the upcoming `Once Upon A Time In Hollywood`, but is his final project a `Kill Bill` sequel?

The 56-year-old director spoke about the possibility of a `Kill Bill: Vol. 3` with actor star Uma Thurman, who starred in the previous instalments of the film, on the `Happy Sad Confused` podcast, reported People.

"Me and Uma have been actually talked about it recently, frankly, to tell you the truth," Tarantino said.

"I`m not sure if I`m going to do it, but I have thought about it a little further," he added.

On being asked if there was a character he thought about most often, Tarantino said, "I think the four that would qualify the most would be the Bride, Bill, Landa, and Aldo," referring to Thurman, David Carridine, Christoph Waltz and Brad Pitt`s characters, respectively.

"With Bill -- none of these I`ve worked out scenarios for -- but the whole Bill origin story has always entranced me with the idea of these three godfathers: Esteban Vihaio, the Mexican pimp; Hattori Hanzo and Pai Mei. And how he had to go through all three of those to become this diabolical Bill," he added.

Tarantino has been vocal about retiring from filmmaking after helming 10 movies.

Earlier this month, he mentioned a `Star Trek` film could be a contender, adding, "It might happen."

On being asked what`s next for Tarantino after he has retired from filmmaking? The director said he has his eye on writing."I see myself writing books and starting to write theatre, so I`ll still be creative. I just think I`ve given all I have to give to movies," Tarantino told GQ Australia earlier this month, as cited by People.

`Once Upon a Time in Hollywood`, Tarantino`s ninth film, revolves around actor Rick Dalton (Leonardo DiCaprio) and his stunt double Cliff Booth (Brad Pitt ), both of whom struggle to find a place in the industry as the `60s` end. The film follows them as they make their way through a changing film industry, and fight to reclaim their fame. Apart from DiCaprio, Pitt, the film also stars Margot Robbie, late actor Luke Perry, Al Pacino, Dakota Fanning, Timothy Olyphant, Emile Hirsch, Damian Lewis, Michael Madsen, Lena Dunham, and Kurt Russell. Margot recently revealed that she feels 'personal connection' to Sharon Tate.

It is produced by Shannon McIntosh and David Heyman. Perry, who will be last seen on the silver screen as Scott Lancer, a fictitious character in `Once Upon A Time In Hollywood`, passed away at the age of 52 on March 4 after suffering a massive stroke.

The film is slated to hit the theatres in India on August 15, this year.