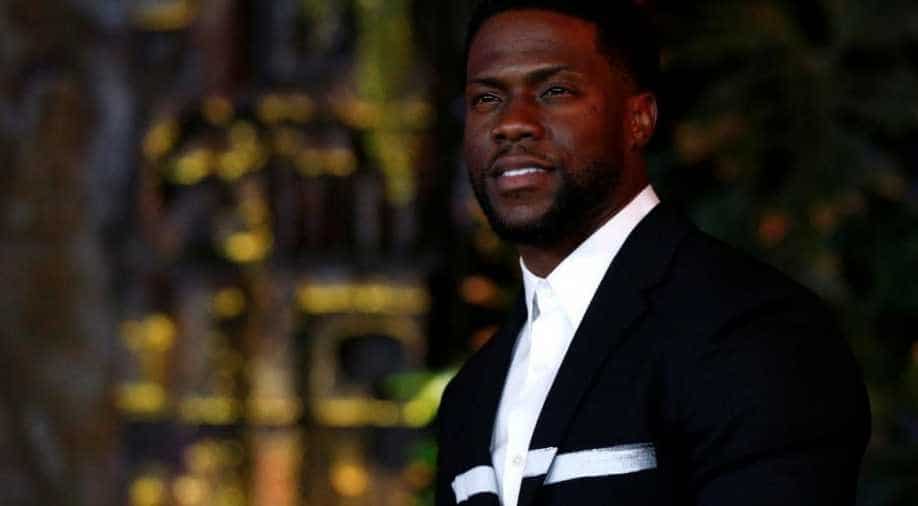 Announcing his latest decision to step down, he tweeted: “I do not want to be a distraction on a night that should be celebrated by so many amazing talented artists. I sincerely apologize to the LGBTQ community for my insensitive words from my past.”

Kevin Hart fans will be disappointed after reading this news as the actor-comedian stepped down as the Oscars 2019 host, following hue and cry on the social media over his controversial past tweets.

This comes just two days after it was announced that he will woo the audience with his wit on Hollywood’s biggest night.

Taking to Twitter, he wrote just after midnight Friday that he was withdrawing from hosting. He tweeted: “I do not want to be a distraction on a night that should be celebrated by so many amazing talented artists. I sincerely apologize to the LGBTQ community for my insensitive words from my past.”

I have made the choice to step down from hosting this year's Oscar's....this is because I do not want to be a distraction on a night that should be celebrated by so many amazing talented artists. I sincerely apologize to the LGBTQ community for my insensitive words from my past.

Explaining himself, Hart posted a video on Instagram in which he detailed what ensued between the Academy and himself. Apparently, Academy of Motion Pictures Arts and Sciences gave him an ultimatum -- to apologize or “we’re going to have to move on and find another host.”

He refused to apologise and said: “I chose to pass on the apology,” Hart said. “The reason why I passed is because I’ve addressed this several times.”

I know who I am & so do the people closest to me. #LiveLoveLaugh

The tweets thus mentioned were shared by the actor several years earlier. He deleted most of them and even apologised then. But these were screen-captured and have been shared online multiple times. In 2011, he wrote in a since-deleted tweet: “Yo if my son comes home & try’s 2 play with my daughters doll house I’m going 2 break it over his head & say n my voice ‘stop that’s gay.”

Addressing these tweets, he thus wrote in an earlier post on Thursday, that the critics should “stop being negative” about his earlier anti-gay remarks.

“I’m almost 40 years old. If you don’t believe that people change, grow, evolve? I don’t know what to tell you,” said Hart, who added, in all-caps: “I love everybody.”

I'm sorry that I hurt people.. I am evolving and want to continue to do so. My goal is to bring people together not tear us apart. Much love & appreciation to the Academy. I hope we can meet again.

Another time he slipped on this issue was in his 2010 special ‘Seriously Funny,’ as he said “one of my biggest fears is my son growing up and being gay,” and added, “Keep in mind, I’m not homophobic, I have nothing against gay people, do what you want to do, but me, being a heterosexual male, if I can prevent my son from being gay, I will.”

When it was announced that Hart would host the Oscars, many advocacy groups for LGBTQ rights approached the Academy. One of them was GLAAD that reached out to Oscars to “discuss Kevin’s anti-LGBTQ rhetoric and record.”

What’s to note, is that this isn't the first time when a celeb has had to step down because of anti-gay remarks. Ahead of 2012 oscars, producer Brett Ratner, who had been paired with Eddie Murphy, had to resign after using a gay slur at a film screening. Murphy also exited soon after.