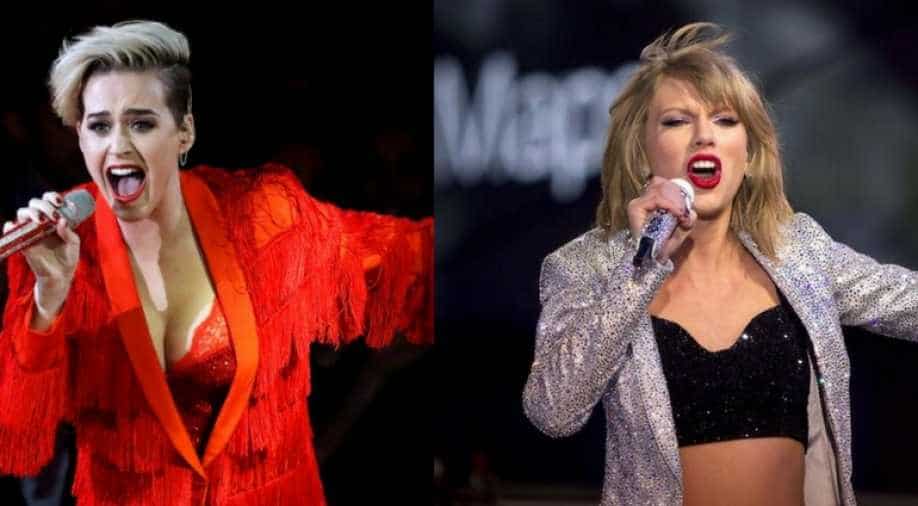 The feud, which started as a dispute over backup dancers, has dominated the personal and professional lives of the two singers for more than three years and played out in their songs. Photograph:( Reuters )

Katy Perry while chatting with an FM show, talked about the fan theory that suggests that she and fellow songstress Taylor Swift are actually distant cousins.

During her interview with TV show host Sian Welby, Perry was asked about the theory circulating online that she and Swift are ninth cousins. Katy responded to the rumour saying,  "Well, we fight like cousins."

"Wow, I'm going to have to ask her if this is true or if we should, like, get blood tests together or something," she added.

The two singers have been in a long standing feud for years. However, the singers have resolved their differences last year.  The cold war ended between the songstress after Perry appeared in Swift's music video for her song 'You Need to Calm Down'.

"It was important to make that appearance in the music video because people want people to look up to. We wanted it to be an example of unity. Forgiveness is important. It's so powerful." Perry told an Australian magazine. Their feud reportedly began when Swift told that Perry basically tried to destroy an entire arena tour.

During the chat, the pop star also opened up about releasing the title track to her upcoming fifth studio album, 'Smile'.