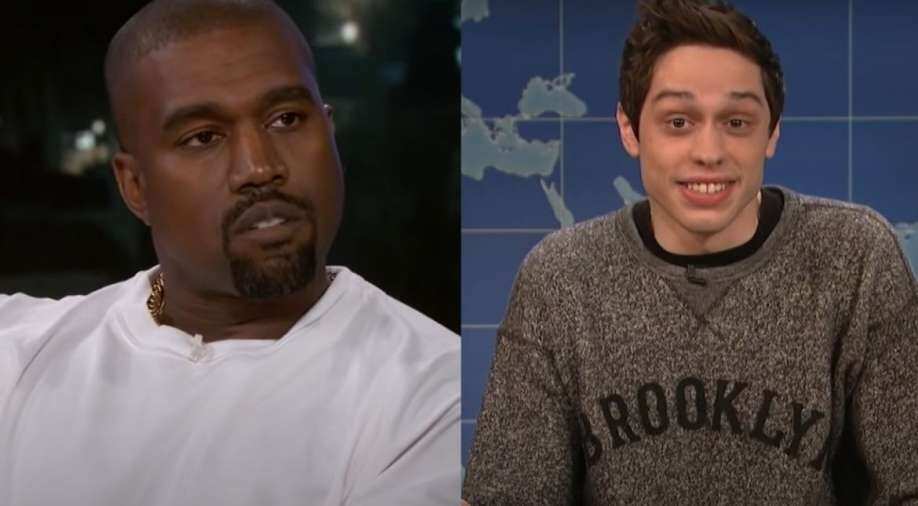 Rapper Kanye West has produced an animated music video of his hit song 'Easy' with The Game, in which he fantasises about kidnapping and burying Pete Davidson.

He is just not willing to let go. Rapper Kanye West has produced an animated music video of his hit song 'Easy' with The Game, in which he fantasises about kidnapping and burying ex-wife Kim Kardashian's current boyfriend Pete Davidson.

Kanye has been publically outraging about Kardashian's new boyfriend for a while now.

West posted the claymation movie to his Instagram page on Wednesday, and in the black and white video, he is seen rapping while sitting on top of a wooden coffin.

A claymation version of Pete Davidson, is then seen getting kidnapped, tied up, and buried alive.

After growing roses around the comedian, West is then seen standing on top of a garden as the lyrics, "God saved me from that crash, just so I could beat Pete Davidson's ass" are heard.

The photo refers to Kardashian whom West had sent a truck full of flowers on Valentine's Day.

“EVERYONE LIVED HAPPILY EVER AFTER, EXCEPT SKETE YOU KNOW WHO. JK, HE’S FINE.” read the final frame, with the word 'SKETE' scratched out.

The post, naturally, has raised concerns about West's mental health once again. West is known to be suffering from bipolar disorder.

Many fans have also called out West for the video on Twitter.

"that Kanye video is actually disturbing, Pete needs to sue and file a restraining order," one user wrote, with another adding, "i love kanye but this petty s--- is embarrassing and everyone praising him for it clearly doesn't give a f--- about him. like if something happens to Pete, kanye will truly be f----d cause he's leaving all the evidence online".

Another user labeled the video "emotional abuse," stating that it "will end very badly for this family." They continued, "I felt terrified, can't imagine how Kim feels. He's terrorizing her as punishment and I hope people will stop excusing this as art."

A fan also questioned, "Are we going to let Kanye continue publicly bullying Pete Davidson?" as another noted "Kanye has hit a very scary point. If I was Kim or Pete, I'd be down at the police station filing a restraining order YESTERDAY!"

The reality star had filed a divorce friom the rapper last year and Kanye has since then been trying to woo back his ex-wife in every way possible. He has also publically called out Davidson on several occasions before.