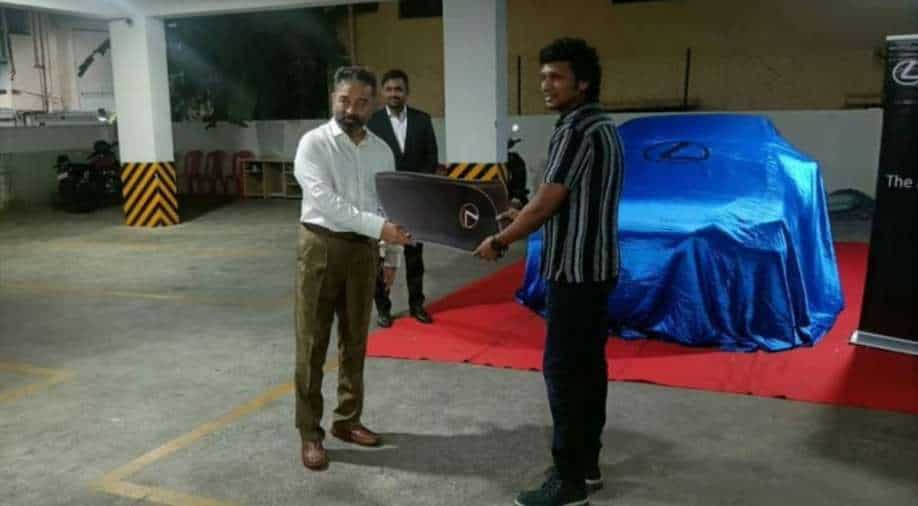 Overwhelmed by the success of his film 'Vikram', actor Kamal Haasan has gifted his film's director Lokesh Kanakaraj a Lexus car.

Actor-turned-politician Kamal Haasan delivered a power-packed performance in director Lokesh Kanakaraj's action entertainer 'Vikram'. And, the hard work of the film's cast and crew is also translating into box office numbers. In just 4 days, the film has raked in over Rs 175 crore worldwide.

To celebrate the movie's phenomenal success, Kamal Haasan gifted a Lexus car to his director Lokesh Kanakaraj and a photo of the same is going viral on social media.

In the viral snap, Haasan is seen handing over the car key to the 36-year-old director.

That's not all! According to a report by IndiaGlitz, the actor has also gifted each of the 13 assistant directors who worked in 'Vikram' an Apache RTR 160 motorbike.

His sweet gestures are being lauded by netizens and fraternity members alike.

The high-octane action thriller 'Vikram' has been written and directed by Lokesh Kanagaraj and produced by Raaj Kamal Films Productions.

The film features Vijay Sethupathi and Fahadh Faasil in pivotal roles and Suriya in a cameo role.