'Kaafir' is not about an Indian and a Pakistani; it transcends borders: Dia Mirza on her new web series 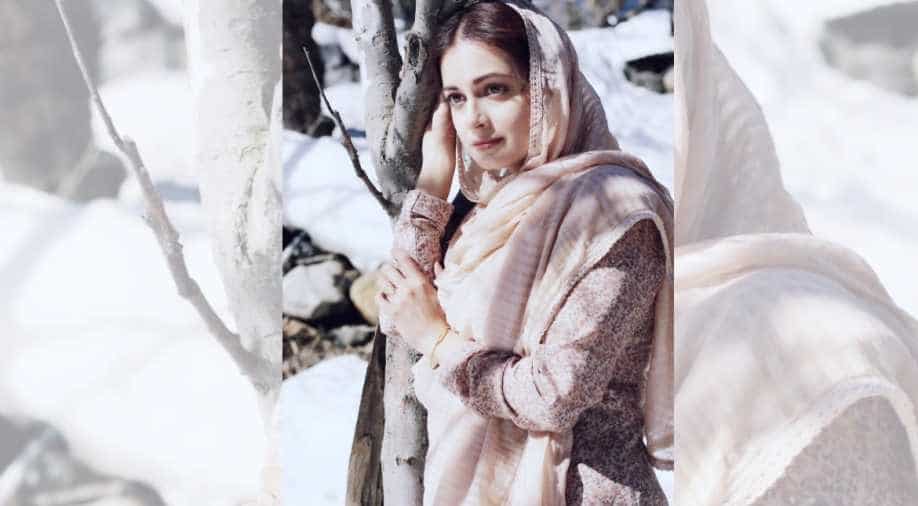 For Dia Mirza, her debut web series 'Kaafir' works because its story transcends borders and religion and celebrates humanity.

The state of Jammu and Kashmir has had a troubled past since the time India got its independence. A lot has been written about the political crisis that exists in the state. Over the years, with the rise of militancy in the state- the state and its people have inspired many filmmakers and artists to make films.

For Dia Mirza, her debut web series 'Kaafir' works because its story transcends borders and religion and celebrates humanity. "The beauty of  'Kaafir' is that its so deeply entrenched in humanity that for us there were no boundaries," says the actress and adds, "When we heard the story, we heard the story of two human beings- not of an Indian journalist-lawyer and Pakistani village girl."

In ZEE5's latest series, Dia plays a Pakistani village woman who along with her daughter crossed over to India and has since then been held prisoner. The show also features Mohit Raina, who plays a journalist who takes up the woman's case to get her justice.

Stories based on Indo-Pak relations always tend to pick a side. Was Dia ever apprehensive about picking a show that may have created controversy? "It is these very prejudices that the story addresses. Even question is coming from a place of prejudice, I feel. The whole idea of them and us- of divisiveness, polarity, majoritarianism, these are concepts that divide and do not unite," says Dia in an exclusive interview to WION.

The actress admits that the issue of insurgency in Kashmir has made her feel helpless. "I remember in the '80s, we would read about what was happening in Kashmir in school and feeling of complete helplessness,  I still feel that emotion."

"Despite the constant tension in the state, despite the presence of a huge number of army personnel in the state- little children laugh, play, women create some incredible handicrafts, their craft, song, dance - all of these are exceptional. At this has been my biggest learning from 'Kaafir'. "

Written by Bhavani Iyer who co-wrote 'Raazi', and directed by Sonam Nayar, 'Kaafir' tries to delve into human emotions that overrule politics. The actress says that the show helped her in being more rooted in the story. "This is the story that helped us in being present- the script was such that it made us experience it more than just enact it. The script, the director, and especially Dishita(child actor)- she truly made us feel alive, that it was all happening there."

‘Kaafir’ is helmed by two women and features the third in the lead role.  In a male-dominated industry, Dia feels that the trajectory is now being challenged. “ Women were easily replaced earlier. But things are changing, to be honest,” says Dia.

“There are more women writers, directors, artists now. As a producer, I have challenged it too through my work. See there is ageism, inequality, prejudices that we have perpetuated for years through our actions. But now we have discovered the power of ‘No’." 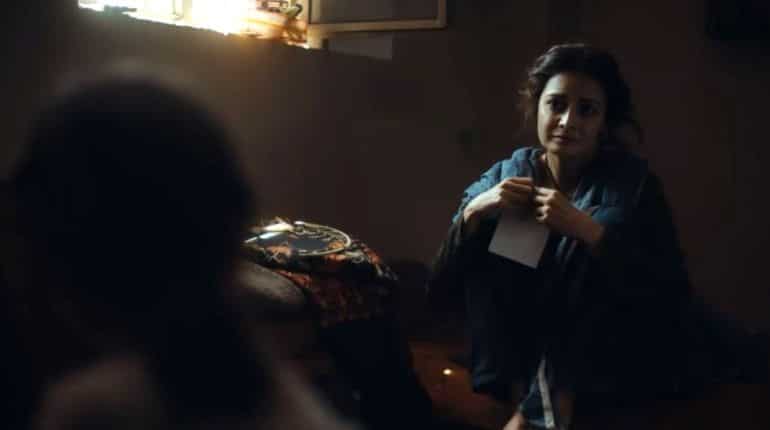 Dia recalls that when she started her career in the early 2000s, actresses were subjected to all kinds ‘ rubbish’.” The idea of beauty is youth-centric in our films– you are attractive only in your 20s. A male actor can be in the 50s and romance a girl in 20s that's justifiable- but you can't imagine vice-versa. So these mindsets are being challenged because of the stories we tell and how we tell them. And who is telling them also makes a lot of difference.”

The actress turned producer a few years back and along with her husband Sahil Sangha has produced films like ‘Bobby Jasoos’ and Amazon Prime’s new web series ‘Mind The Malhotras’.

After ‘Kaafir’ she will be seen in ‘The Moghuls’ a period web series by Nikhil Advani for Hotstar.

'Kaafir' is now streaming on ZEE5.