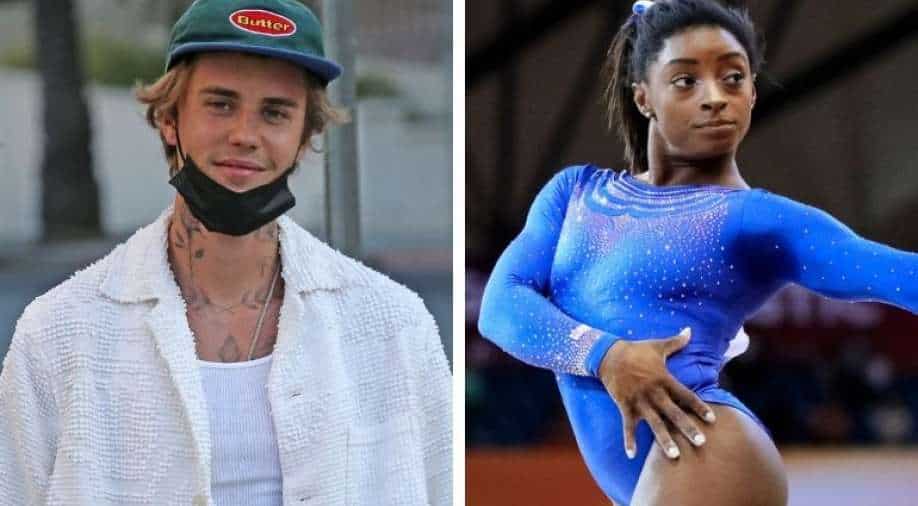 Simone Biles cited mental health as the core reason for her stepping down from the tournament.

Justin Bieber is proud of Olympic medalist Simone Biles after her decision to withdraw from the gymnastics finals at the Tokyo 2020 Olympic Games.

Simone Biles cited mental health as the core reason for her stepping down from the tournament. Speaking on his support for the sports star, Justin Bieber took his Instagram and shared how he was previously called “crazy” for not finishing a tour but it was the best thing he could have done for his mental health.

Posting a picture of Biles, the 'Baby' singer wrote, “Nobody will ever understand the pressures you face!” Bieber captioned a photo of Biles. “I know we don’t know each other but I’m so proud of the decision to withdraw. It’s as simple as, ‘What does it mean to gain the whole world but forfeit your soul?'”

“Sometimes our ‘NOs’ are more powerful than our ‘YESes.’ When what you normally love starts to steal your joy it’s important we take a step back to evaluate why,” he continued.

In the last, he shared his tour ending experience and wrote, “People thought I was crazy for not finishing the purpose tour but it was the best thing I could have done for my mental health!” he wrote. “So proud of you.”

Earlier this week, the 24-year-old American athlete shocked the world by pulling out of the team citing the need to protect her mental health.

"We also have to focus on ourselves because at the end of the day, we`re human too,'' she told reporters