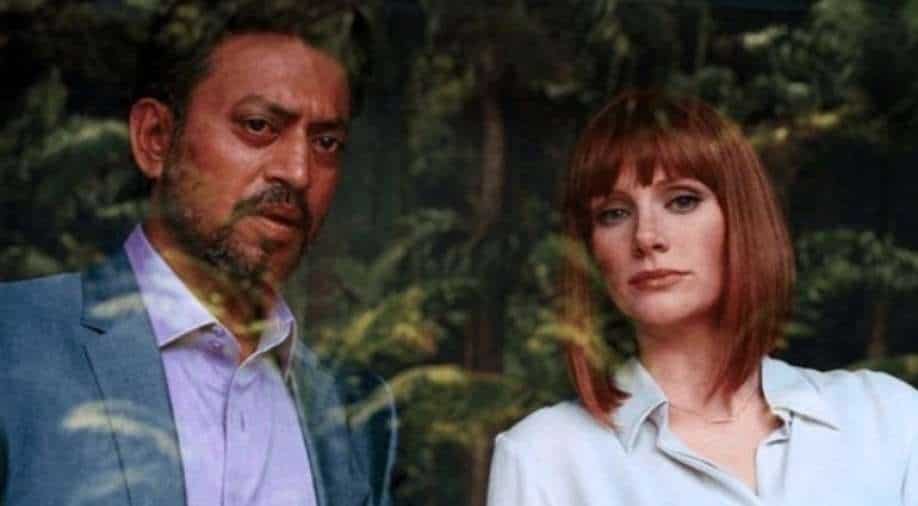 Irrfan Khan passed away in April this year at Mumbai`s Kokilaben Hospital while battling a rare kind of cancer.

Irrfan Khan sudden death left a void in the industry and stunned legions of fans and industry colleagues across the world. He was one of Bollywood’s most cherished actors who not only made it big in India but also in Hollywood, as well. Almost after eight months of Khan's death, his 'Jurassic World' co-star Bryce Dallas Howard is remembering him in a very special way.

By taking to her Instagram, Bryce penned a heartwarming note and a tribute to the late actor as she shares her special memories of 2020 that garnered the most number of likes on Instagram.

From Sushant Singh Rajput to Irrfan Khan; Indian stars we lost this year

Bryce Shared a collage of her top 9 posts of the pandemic year, including her tribute to Khan, Bryce captioned the post, “The key to a happy life is to accept you are never actually in control.” — #IrrfanKhan as Simon Masrani in @jurassicworld Lesson received 2020. Miss you greatly, Irrfan #TopNine.” In the collage, the first picture is of Irrfan and Howard's still from the movie.

Irrfan and Bryce worked together in Colin Trevorrow's 2015 movie, in the movie, he had played the role of Simon Masrani, CEO of the Masrani Corporation and the owner of Jurassic World while Bryce played the female lead, Claire Dearing.

In April, on Irrfan’s death, Bryce had paid her tribute and tweeted, “Irrfan, you are an exquisite human being and we will all miss you dearly. These images are from the first and last day of filming, and I was lucky enough to spend them working with you. Love to you and your family always #RIPIrrfanKhan.”

The internationally renowned actor Irrfan Khan passed away in April this year at Mumbai`s Kokilaben Hospital while battling a rare kind of cancer.